Some Mothers Do Have Them: Will Chris Uba Stop Andy Uba's Senate Presidency Bid?

How PDP Won Another LG Chairmanship Poll In Kaduna 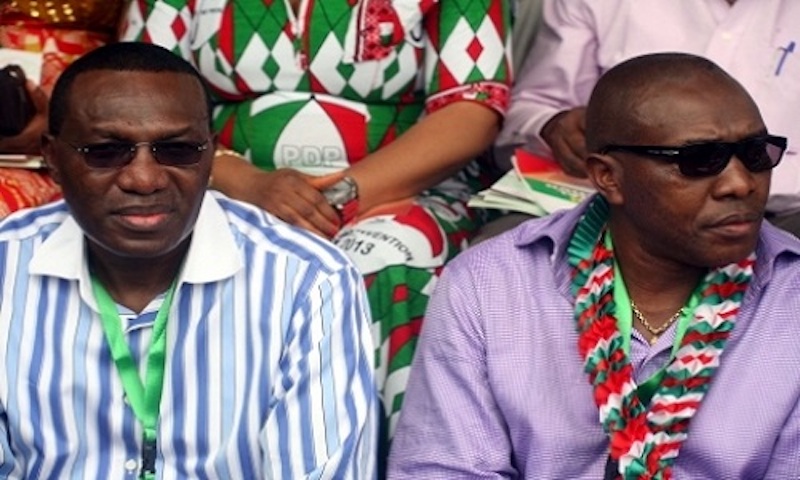 The long running battle between the Uba brothers, Chris and Andy has again come to the fore as the two brothers fight over the Anambra South Senatorial seat.

Andy, the former domestic aide to President Obasanjo is contesting as the All Progressives Congress, APC candidate while the junior brother and self-styled godfather is the candidate of the Peoples Democratic Party, PDP. With the other parties not pulling very strong candidates, the prospect looks bright that one of the Uba brothers could occupy the seat that has been in the hands of Andy since 2011.

The rivalry between the duo first came to limelight in 2007 when Andy at the height of his political powers as domestic aide to President Olusegun Obasanjo sought the governorship of Anambra State. His junior brother, Chief Chris Uba who on his own came into wealth through following a political godfather in the state became a godfather on his own through the facilitation of his brother, Andy and successfully planted Dr. Chris Ngige as governor, all three PDP senators and nearly all members of the House of Representatives from Anambra State.

However, by 2007 when Andy sought the governorship of Anambra State, it was alleged that Chris could derail the project and it was on the basis of that that Chris was “arrested” and kept in a luxury apartment in Force Headquarters, Abuja at the time of the election in 2007.

Since then both brothers have had to cross paths and operate from different political prisms. Though Chris had in the past allegedly threatened to contest against his brother, this is, however, the first time that the two brothers are coming into a General Election contesting against one another.

Drawing attention to his condition while alleging rigging on the part of the PDP, Senator Chris who was not able to move with his vehicle, said:

“At about 12:00pm today, he went to his polling unit to carry out his franchise as a citizen but was told the card readers were not working, he left and returned at exactly 1:24 pm, the same story was told to him again. When he asked to exercise his civic right manually, they declined.

“He is uncomfortable with the situation and insists that something be done immediately to salvage the situation. He wants the world to know he is unable to vote and he smells a sabotage somewhere.

“He still believes in the credible Election promised by INEC and is hopeful the whole process will turn out well.”

When the courts gave recognition to the Ogunebego faction in 2016 it was no small victory for Chris Uba who lobbied for his senior  brother to be dropped from the Senate.

On Saturday, their political quarrel fully blew into the open when they contested against one another on the tickets of different political parties.

First results from the area on Saturday claimed that Andy who voted at Salvation Army polling unit lost to his younger brother, Chris. Andy was reported to have picked only 4 votes in the unit he normally votes to the 115 polled by Atiku.

There were, however, unconfirmed reports that the polling may have been cancelled.

Whatever, Chris had in the past urged constituents to vote for him hinting that after two terms that he could be Senate President in his third term. But will Chris let him?

Optimistic Atiku Tells Supporters Victory Is Near, Calls For Vigilance

Osinbajo, The ‘Lawals’, And Those Who Want VP Out