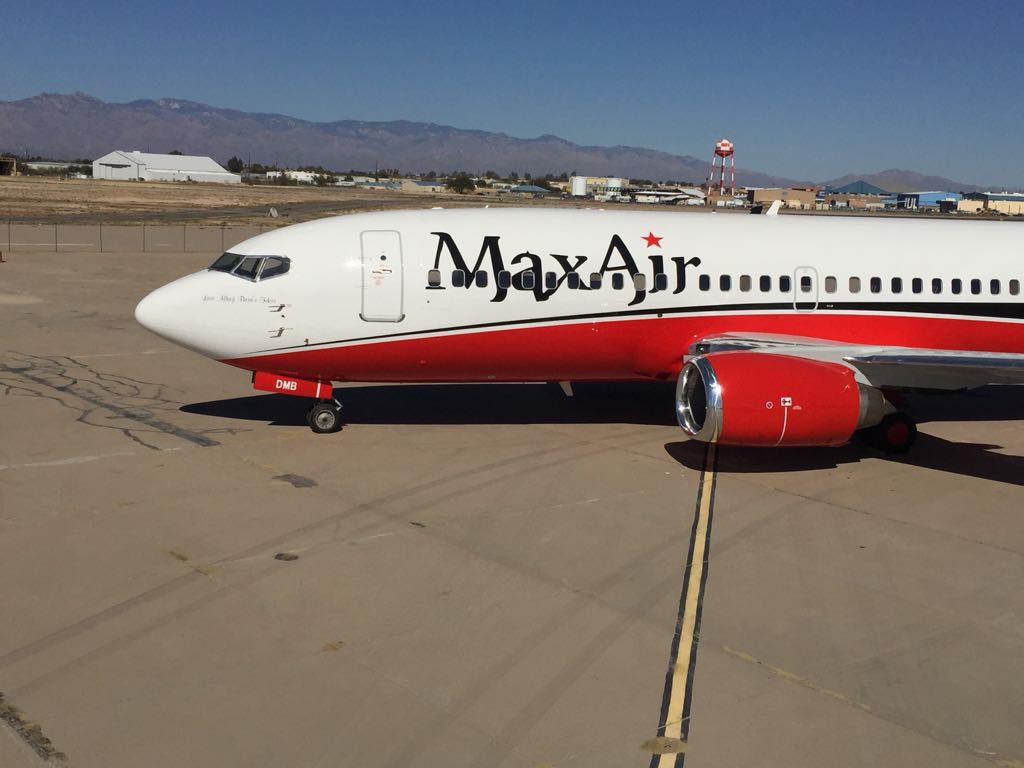 No fewer than 550 pilgrims from Niger who performed this year’s hajj in Saudi Arabia on Saturday escaped death at the Minna International Airport as the Max Airline plane conveying them back to Nigeria skidded off the runway.

According to an authoritative source at the airport who pleaded anonymity, the incident occurred at about 5.00am on Saturday.
He said that the aircraft, a Boeing 744 with registration number 5N/DBK, developed a technical fault which resulted in its forced landing.
The source said that the development caused damage to one of the four engines of the aircraft.

He said part of the tarmac and facilities at the airport were also damaged by the aircraft as a result of the accident.
The source told newsmen that the passengers were rushed out of the plane after it halted off the runway.
He said: “Nobody died, but I have never seen this type of thing in my life, only God saved them from a terrible disaster.
“The fire that would have followed would have spread to all parts of the airport because we don’t have fire fighting vehicles in this airport.

“The News Agency of Nigeria gathered that officials of the Accident Investigation Bureau from Lagos have inspected the partly damaged aircraft, after which they went into a closed-door meeting.
Hajiya Hassana Isah, Public Relations Officer of the state Pilgrims Welfare Board, confirmed the incident to journalists but did not give details.

Isah assured that the development would not affect the return journey of the over 2, 000 pilgrims from the state still in Saudi Arabia.
NAN reports that the airport security prevented newsmen from gaining access to the tarmac for close inspection of the damaged aircraft.