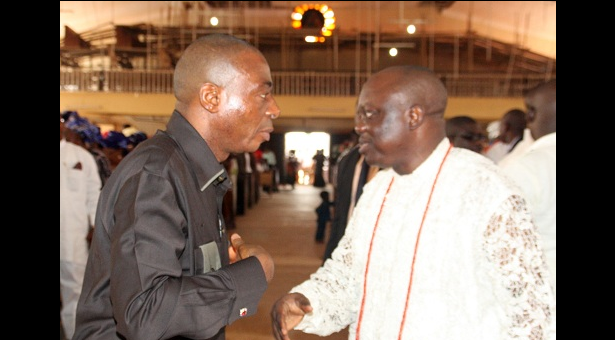 SENATOR James Manager has vowed to perfect his mandate at the Court of Appeal following the verdict of the Delta State National Assembly Elections Tribunal ll for a fresh election in the Delta South Senatorial District.

The tribunal sitting in Asaba, the state capital had ordered for a re-run election in the district within 90 days.

Former Delta State governor and candidate of the All Progressives Congress (APC) in the election, Dr Emmanuel Uduaghan, had approached the tribunal seeking the panel to declare him winner of the February 23rd, 2019 National Assembly election.

Uduaghan’s counsel, Chief Thomson Okpoko (SAN), further prayed the tribunal to nullify the election and order for a fresh election over gross electoral malpractices that trailed the exercise in February 23, 2019.

The chairman of tribunal panel, Justice O.O Onyeabo ordered that INEC withdraw certificate of return issued to Senator Manger for a re-run election.

In a ruling which lasted over three hours, Justice Onyeabo stated that the defendants, Senator Manager and the PDP, could not defend the allegation of over voting and irregularities leveled against them by former Governor Uduaghan and the APC.

In a unanimous judgement, the panel cancelled the election and ordered for a fresh election within 90 days.

The areas in dispute were; Burutu, Bomadi, Patani, Isoko North, Warri South-West and Warri North Council Areas of the District.

But reacting to the judgment, Senator Manager vowed to challenge the tribunal judgment at the Appeal Court in Benin.

The lawmaker who had won four straight elections in the Senatorial District told GreenWhiteGreen that he would challenge the decision in the Court of Appeal where he said he hoped to obtain justice.

“It has not been heard of before,” the lawmaker said.

Uduaghan on his part vowed to also cross-appeal as he said the tribunal ought to have declared him the winner.

The former governor in a statement by his media aide, Monoyo Edon, claimed that he won the election.

He said: “While we are happy with the tribunal’s judgement which affirmed my party’s position that the election was rigged and characterized with electoral over voting, we are not entirely satisfied with the judgement as the tribunal ought to have deducted the excess illegal votes and declared me and my party rightful winner of the election.
“In view of this, we shall be challenging the tribunal’s judgment at the Appeal Court to declare us as the outright winner of the February 23rd, 2019 National Assembly Election for Delta South Senatorial District.”

Oyo PDP Blasts APC: You Are Desperate To Cover-Up Clearing Of Ajimobi’s Mess