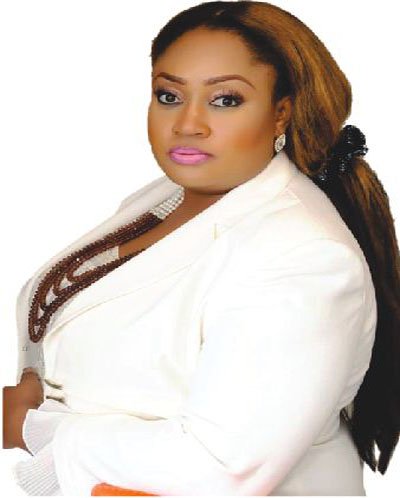 The National and State Assembly Election Petition Tribunal sitting in Benin, on Sunday, dismissed the petition brought before it by Omosede Igbinedion of the Peoples Democratic Party.

The petition was challenging the victory of Dennis Idahosa of the All Progressives Congress in the 2019 election for Ovia federal constituency seat in Edo.

Igbinedion, a former member of the House of Representatives, who was defeated in the March elections, approached the tribunal seeking the disqualification of Idahosa on the ground that he was not qualified to have contested the election.

She also prayed for the tribunal to return her elected, as the APC candidate never won the majority of the valid votes cast, and that the votes allocated to Idahosa should be discountenanced for non-compliance with the Electoral Act.

According to Igbinedion’s petition, Idahosa who was declared winner of the Ovia federal constituency seat did not qualify to stand for the election by virtue of holding dual citizenship of Nigeria and Canada.

She also averred that Idahosa did not resign his appointment of the Federal Ministry of Environment within 30 days before the election was conducted as required by law.

However, the three-man election tribunal in its judgment led by its Chairman, Justice C. Ogundala, struck out the three grounds of petition by Igbinedion saying that they lack merit.

Ogundala whose judgment took almost three hours to deliver, said Igbinedion failed to prove her case beyond reasonable doubt because the witness called by the petitioner in respect of the allegation of dual citizenship was not the maker of the P99 document tendered.

He said the 2nd and 3rd grounds of petition which borders on allegations such as arbitrary allocation of votes, swooping of figures, over voting etc, are criminal in nature.

However, Ogundala held that since the petitioner is of the view that the voted scored by the 2nd and 3rd respondent were allocated by the 1st respondent, the 1st and 2nd petitioner failed to prove its case beyond reasonable doubt, the allegation of electoral malpractice.

He said: “All these allegations have not in the least being proved by the petitioner not to talk of proving them beyond reasonable doubt.
“The reasons canvassed, therefore, have no merit and are hereby dismissed.”

Reacting, Counsel to Igbinedion, K.O. Obamogie, thanked the tribunal for an exhaustive judgment but pleaded to it to make available the Certified True Copy of the judgment so as to enable his client study it in order to make decision on what to do with it.

Also in his reaction, Idahosa whose victory was affirmed by the tribunal said the judgment was an indication that he truly won the election and that the people of Ovia federal constituency found him worthy to have voted for him.