No Evidence Of Mosque Demolition In Rivers - Fayemi 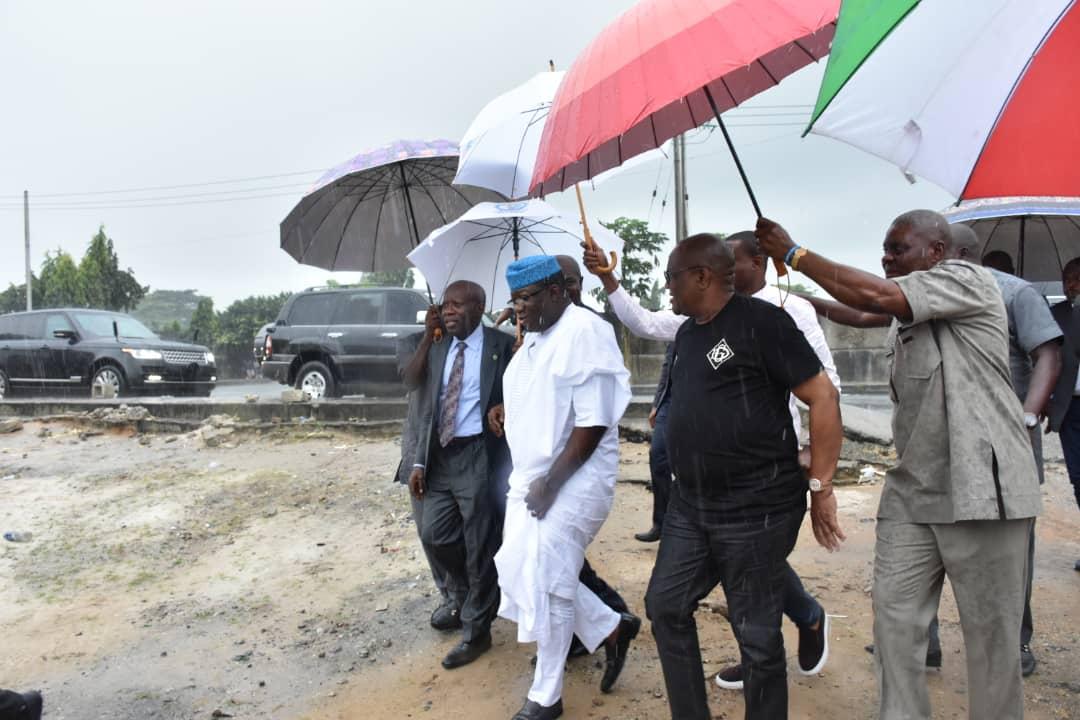 Chairman of Nigeria Governors Forum (NGF) and Ekiti State Governor,  Dr Kayode Fayemi has declared that he could  not see any evidence that a building existed on the disputed land in Rainbow Town,  Port Harcourt where some persons alleged that the Rivers State Government demolished a Mosque.

Speaking with journalists after a joint assessment  of the disputed land with Governor  Wike at Rainbow Town on Sunday evening,  the Ekiti State Governor described the entire controversy as a storm in a tea cup.

He said: “With what I have seen I cannot see any evidence of any building  that has been demolished here.

“If you are somebody who wants a place of worship,  you should find a way to oblige them. I know within your capacity,  it will  be possible to find a place for them.

“From what I have seen here, I think it is a storm in a tea Cup. There is nothing to warrant this kind of media hype that has been given to it”.

The NGF Chairman said that his assessment  visit was necessitated by a call to Governor Wike after the controversy on the disputed land broke out.

The Ekiti State Governor said that when the controversy started he placed a call to Governor Wike who pointedly emphasised that no Mosque was demolished.

He noted that the Rivers State Governor explained  the history of the disputed land,  informing that it started during the Amaechi Administration and that the matter was already in court.

“If they cannot have this place that is contention and they have gone to court and you have respected their right to go to court, if they want to come back and seek a request to have another place, I plead that His Excellency should oblige them.

“If they are willing and prepared to have their place of worship elsewhere,  that shouldn’t be too much of a request.  It is important for us to promote harmony,  rather than discord”, Governor Fayemi said.

He said that State Governors must continue to interact on sensitive matters before taking a position.

He said: “All of us should  try as much as possible to speak to one another when things like these happens, rather than jump to any conclusion. That’s what brought me hear, so that I can see for myself precisely what has transpired and I want to thank you for granting me the opportunity to visit when I insisted that I want to see the place in contention.” he added.

Responding, Governor Nyesom Wike thanked the Chairman of the Nigeria Governors’ Forum and Ekiti State Governor, Dr. Kayode Fayemi for exhibiting leadership by visiting the state to see things for himself.

Governor Wike who noted that the Ekiti State Governor has confirmed that there was no Mosque as was wrongly reported, wondered why people politicise everything.

“I want to thank the Chairman of my forum for at least coming to see things for himself. He called me while he was away and I told him, you know that I can’t do something like that and he said okey, when he comes back, he was coming to see me and he has fulfilled that promise. That shows leadership and from what he has seen, there was no Mosque.

“There is no way I will see a Mosque and order the Ministry of Urban Development to go and demolish a Mosque. Assuming that there is even a Mosque and that government doesn’t want it at that location, we will invite them and say look,  we don’t want a Mosque there, can we find you an alternative place, but there was no Mosque. I don’t know why people should make politics out of the issue. It’s not important.”

“So,  I thank the Chairman of the Governors’ Forum, the Ekiti State Governor for taking this bold step to come and see things for himself.” he asserted.

The Rivers State Governor assured of the State Government’s readiness to give an alternative place to the Muslim Community if they desire it.  He urged the people not to create discord among the different religions as they worship the same God.