ASUU Mourns As Kidnapped Prof Is Found Dead In Edo 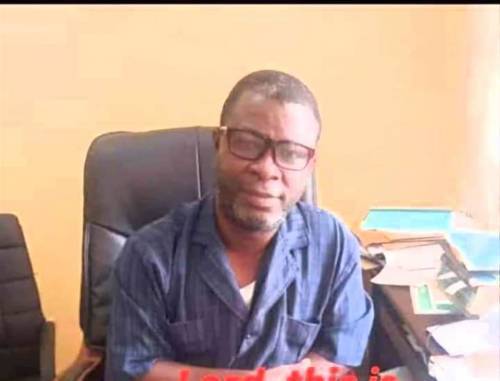 The kidnapped lecturer of the Ondo State University of Science and Technology, Okitipupa, Prof. Gideon Okedayo, has been found dead.

Okedayo, of the Department of Mathematical Sciences and Acting Dean of the School of Postgraduate Studies in the university, was kidnapped on September 5 on his way to his hometown in Igara, Edo State.

The News Agency of Nigeria learnt that Okedayo’s decomposing body was found on September 9 in the bush, where his abductors held him.
The lecturer’s death is another sad tale in the recurring cases of kidnapping of travellers on major Nigerian highways in recent times.

On July 12, Funke Olakurin, daughter of the Chairman of the pan-Yoruba group, Afenifere, Pa Reuben Fasorotin, was similarly, abducted and murdered by her kidnappers on the Ondo-Ore highway in Ondo State.

The Chairman of the OSUSTECH Chapter of the Academic Staff Union of Universities, Dr Dipo Akomolafe, confirmed Okedayo’s death in an interview with NAN on Tuesday in Okitipupa.

He said that ASSU and the university community had been thrown into disarray and were saddened by the development.
He said: “His decomposing body was found in the bush. This is so sad to ASUU and his family members because the abductors never called anybody, whether ASUU or Okedayo’s family for ransom.”

The spokesman of the Edo State Police Command, Chidi Nwabuzor, a Chief Superintendent of Police, did not pick several calls made to him on the development.

Okedayo was kidnapped by gunmen, described as herdsmen at Akoko Junction on the Igara-Auchi road, together with his driver on their way to Edo State.

The Edo State Police Command had earlier announced that it had recovered Okedayo’s official vehicle, a Toyota Corolla car with registration number, 06X47OD.

Makinde: Recovered Money Will Not Be Looted Again