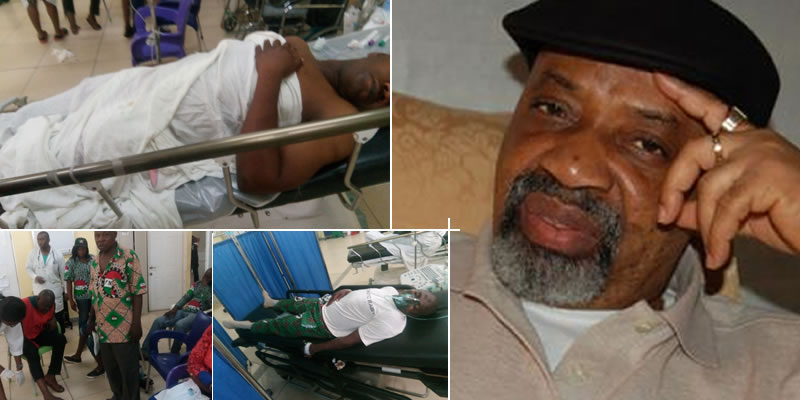 The rift between the Nigeria Labour Congress and the Minister of Labour and Employment, Dr Chris Ngige, may have ended as the labour union on Monday congratulated him on his reappointment.

This was contained in a letter signed by the President of the NLC, Ayuba Wabba, in Abuja.
Wabba said that Ngige’s reappointment was a testament of the confidence President Muhammadu Buhari reposed on him.

He called on Ngige to steer the affairs of the ministry towards the upliftment of Nigerians from poverty, indignity and indecent work conditions.

He said: “On behalf of my family and the NLC, I wish to congratulate you on your recent appointment by Mr President as a Minister of the Federal Republic of Nigeria.

“And your subsequent designation as the Minister of Labour and Employment”.

Wabba said it was the NLC’s expectation that the minister would use the opportunity of his reappointment to promote and advance tripartism.

NAN recalls that the NLC had warned President Muhammadu Buhari not to return Dr Chris Ngige as the Minister of Labour and Employment in the next cabinet.It warned that returning the former Anambra State governor as minister would create industrial crisis, adding that Ngige lacked the approach to lead workers.

Towards the end of Ngige’s tenure as labour minister, there were clashes between him and labour leaders over his delay in inaugurating the board of the National Social Insurance Trust Fund more than three years after the expiration of the tenure of the last board.

Labour also took on him over his exclusion of Frank Kokori as the chairman of the board.
The union held a protest against him in his house which led to a fracas that landed some NLC members at the National Hospital in Abuja after they were allegedly attacked by thugs.

Ban On Procession Applies Only To IMN – Police