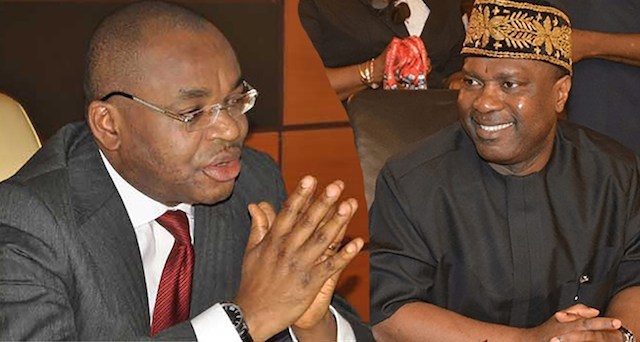 The Governorship Election Petition Tribunal sitting in Uyo on Thursday affirmed the victory of Governor Udom Emmanuel of the Peoples Democratic Party in the March 9, General Election.

The petitioners, Nsima Ekere of the All Progressives Congress filed a petition challenging the result of the March 9 election in which INEC declared the re-election of Gov. Emmanuel as the Governor of Akwa Ibom.

Delivering judgment, the three-member tribunal headed by Justice A.M Yakuba, dismissed the case filed by APC and its candidate, Nsima Ekete, on grounds that the petition lacked merit.

Justice Yakubu held that the petitioners failed to call witnesses in eight local government areas out of the 21 where they claimed to have won.

Consequently, the tribunal discountenanced every documentary evidence that were brought before it.

The petitioners had approached the tribunal, after several amendments on grounds that the election was invalid by reason of non-compliance with the provisions of the Electoral Act,

They also argued that Governor Emmanuel was not duly elected by majority of lawful votes cast at the election.

They prayed the tribunal to declared that Governor Emmanuel did not secure and could not have secured the majority of lawful votes cast at the elections;

They also prayed the tribunal to declare that the election was void and invalid due to non-compliance with the provisions of the Electoral Act.