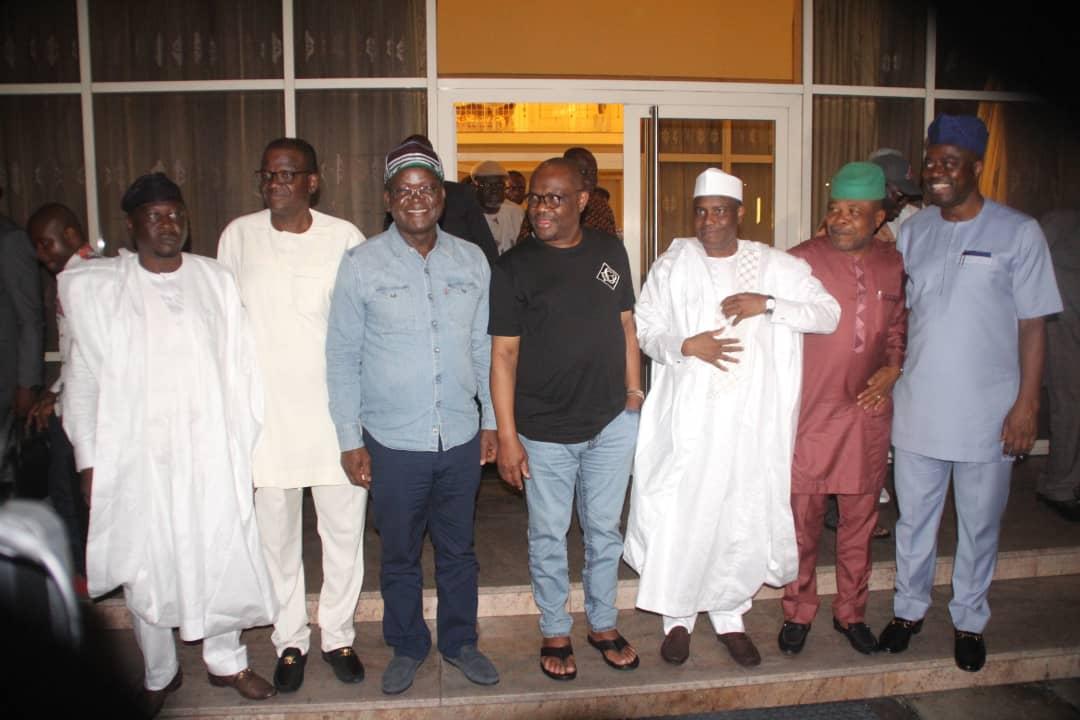 Governor Aminu Tambuwal of Sokoto State has explained that six Peoples Democratic Party (PDP) governors who visited their Rivers State colleague, Governor Nyesom Wike did so to commend him for his sustained projects delivery.

Speaking at the end of the meeting, Governor Tambuwal said the visit was to egg their Rivers State colleague on as they urged him to continue  to deliver quality projects and sustain good governance for the development of Rivers State.

He said: “We are here as brothers and friends  to the Rivers State Governor, Nyesom Wike in the spirit of brotherhood and friendship.  To encourage and support him for the good governance he has given to the good people of Rivers State.

“The 100days of the second term of Governor Wike is also why we are here. The spirit in Port Harcourt and Rivers State is that of celebration and thanksgiving and gratitude to God for such a wonderful leadership by Governor Wike.

“We are also here to join him and the good people of Rivers State in thanking God for his leadership and to thank God for giving the state a wonderful leader like him”.

Governor Tambuwal’s assertion nonetheless, the absence of the four other PDP governors from the region was not explained pointing to possible fracture within the party.

A considerable number of PDP stakeholders had expressed concern over Governor Wike’s recent vituperations against the PDP over his failure to get some of his wishes.