Alaibe Vows Not To Defect, To Become Bayelsa Gov Within PDP 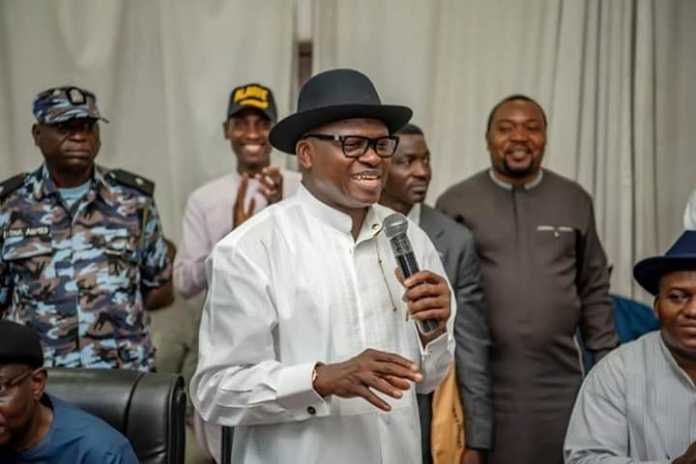 CHIEFTAIN of the Peoples Democratic Party and governorship aspirant in the just concluded PDP primary in Bayelsa State, has vowed to remain in the party and achieve his ambition of becoming governor within the PDP.

Alaibe in a statement, Monday, while shedding light on his sojourn from and back to the PDP, said “it was based on principle and my return was based on necessity.”

He explained that his decision to seek legal redress over the outcome of the primary, “was the collective decision of those who believe in the future of Bayelsa State, and indeed the future of democracy in Nigeria,” adding that “it was based on the indisputable belief that a faulty process cannot produce a good and acceptable result.”

He said: “As expected, some people have suggested that I should simply dump the PDP and accept the various offers by other political parties so that we would realise our vision of implementing the Blue Economy and Project Dolphin in Bayelsa State.

“That is indeed an excellent suggestion. It demonstrates the depth of confidence people have in my capacity and competence to deliver on my promises no matter the political platform. Others have also advised that I remain in the PDP, seek justice and contribute to the complete reformation of the party. This, also, is a beautiful suggestion that must be considered.

“There is no doubt that the Bayelsa people want to know the way forward after the huge disappoint. I am as concerned as you have been. Let me say that I have diligently listened to your suggestions and I have decided to act appropriately. In arriving at this decision regarding the way forward, I am conscious of the fact that this is not about any political party. It is not even about me as an individual. It is about justice. It is about our beloved Bayelsa State. It is about us.

“We must move from mediocre leadership to visionary and mission-propelled governance. That was why I promised you that though this mission has been repeatedly aborted over the years, this time, I will not fail you. We will fight to the end.

“So far, we have stayed on course and even those who set out to play god and had underrated our collective resolve not to be frightened out of the race with cheap blackmail, are shocked at our tenacity. We have been able to conquer intimidation with unpredictable resilience. Despite all attempts, they have not been able to fault our superior arguments demonstrated in our vision. We have shown them that we mean business, and that we are too focused to be distracted.”

On his political future, Alaibe said: “I have come to the ultimate conclusion that this struggle must continue until we achieve justice. I am not deaf to your suggestions. I am not ignorant of your patience. I am not giving up. You must also not give up. The decision I have taken may hurt a lot of people. Others may be disappointed. But it is taken in good faith.

“As I promised you at the beginning of this race, my previous exit from the PDP was based on principle; my return was based on necessity. After considering every suggestion by stakeholders and supporters, it is therefore my decision not to join any other political party but to stay in the PDP and pursue justice until I achieve it.”