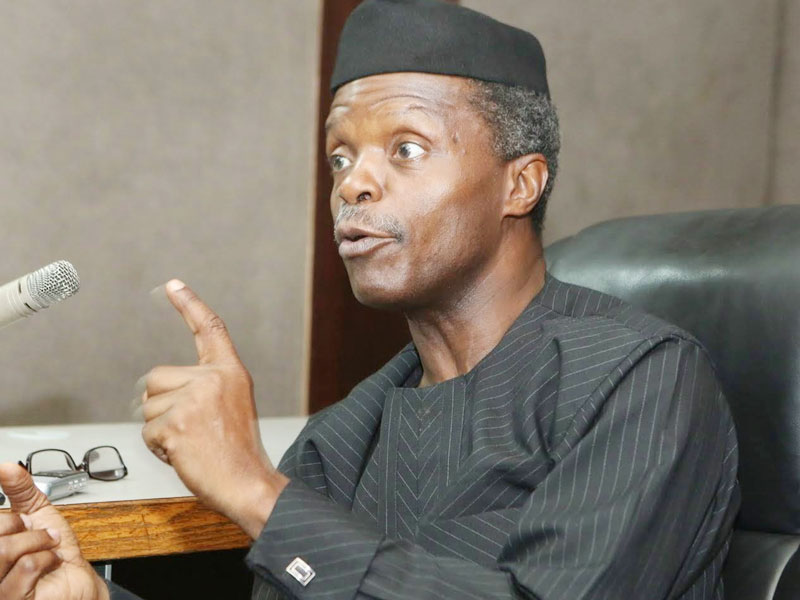 Ohanaeze Ndigbo Youth Council Worldwide has called for the replacement of Vice President Yemi Osinbajo with an Igbo person should the embattled vice-president be found culpable of the issues allegedly being raised against him.

The body in a statement on Tuesday said that it was evident that the Southeast was the only region of the country missing in the high offices in the country at the moment and that the problems of the vice-president would be an opportunity to redress the wrong.

The statement issued by the president-general of the body, Mazi Okechukwu Isiguzoro said:

“It’s obvious that the quiet rift in the presidency is geared towards putting up a political tsunami capable of truncating the partnership between the North  and the South West, and possibly bring in a new alliance ahead of time for peaceful transition to other region probably the South East.

“We urge all the actors and stakeholders to replace Osibanjo with an Igbo man as the best way to balance the power equation in the country, if he’s guilty of any constitutional breach.

“Ohanaeze Ndigbo Youth Council Worldwide will start lobbying for the possible replacement of the current occupant of the Vice President with an Igbo man, since such will balance the power equation, with the North having President and Senate President, and South West occupying the Speaker of the House of Representatives, and both parties(APC and PDP) leadership are in the South/South, its time to have an Igbo man as Vice President as the replacement of Vice President if he’s found guilty of any constitutional breach.”