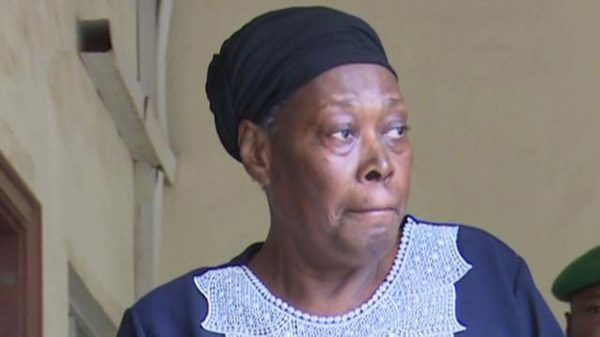 Justice O.A. Adeniyi of the FCT High Court, sitting in Apo, Abuja, on Wednesday, admitted Grace Taiga, former director, Legal Services in the Ministry of Petroleum Resources, in the multiple fraud involving P&ID in Suleja Prison to bail in the sum of  N10 million.

The Economic and Financial Crimes Commission (EFCC), alleged that Taiga, a former director, Legal Services in the Ministry of Petroleum Resources, was a key actor in the fraudulent Gas Supply and Processing Agreement (GSPA) between the Federal Government and P&ID.

She was alleged to have used her position to administer undue favours to the company.

She was arraigned on eight-count amended charges, bordering on accepting bribes and other related crimes.

Justice Adeniyi ordered the defendant to produce two sureties who must not below the Cadre of a Director in the Federal Ministry.

He informed the court that Taiga is a 62-year old woman who has various health challenges, varying from hypertension to Diabetes.

He also told the court that she is a lawyer with 42 years post call who has never been in any firm of trouble all through her years of practice.

Objecting to the bail application made by Olaonipekun, Prosecution counsel, Bala Sanga, stated that the ailments bothering Taiga, are common in the society and can be adequately managed in the prison.

Sanga also stated that the defense counsel had no concrete evidence or proof to back up his claims.

The accused pleaded not guilty to all the charges.

Archbishop Of Jos Is New Head Of Anglican Church