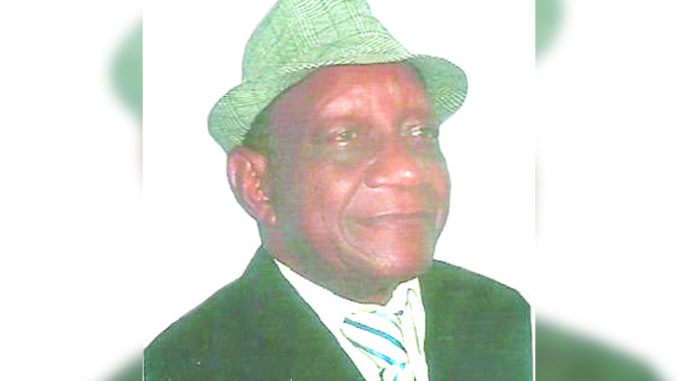 “We must, therefore, not shrink from accusing our friends or praising our enemies; nor need we be afraid of blaming and praising people at different times since it is impossible that men who are engaged in public affairs should always be right and unlikely they should always be wrong. We must therefore detach ourselves from the actors in our story; and apply to them only such statements and judgments as their conduct deserves.” Polybius, 200-118BC.

The VANGUARD BOOK OF QUOTATIONS had already gone to the publisher and I was using the draft when the omission of this gem of advice — given by Polybius, one of the earliest historians of the Hellenic Age – the Age of Greece, Sparta, Macedonia and Alexander the Great. The Greek influence, Plato, Socrates etc, on civilisation will last for ever.  It was too late to include it. But, I have kept it close to my heart and it always serves as a guide when tough issues come up either in my private life or on the national arena.

If ever there is one commentator for whom there are no permanent friends or enemies among public office holders, I can reasonably claim to be one. I was with Buhari in 2011; I remained with him until the 2015. I should have waited to collect “my share” of the election victory dividend. His first twenty appointments in 2015 and his failure to appoint Ministers and a Chief Economic Adviser were the reasons I turned my back on him. I just believed he was totally wrong.

Osinbajo should have been the first top level elected official in any government, Federal or State, for whom I should have gladly indulged in unending reputation laundering. One straight road, not more than 40 kilometres, separates his town in Ogun State from mine in Lagos State – both Ijebu. Some of our people have even inter-married. For all I know, we might be relatives or in-laws. He is a Christian and I am one. He met me in the progressive movement. He had provided immeasurable assistance during our struggle for a Christian Governor in Lagos State from 2011 to 2015. Most important of all, he, like me, is an old boy of Igbobi College, Yaba. We should get on like pounded yam and egusi soup with orisirisi, akpu and ofei nsalla soup etc. I should be his number one praise singer. Why am I not? One of the sages of journalism modernised what Polybius taught me in my Junior Year, 1967, at the university in the USA.

The day I was first given the opportunity to write for VANGUARD under MARKETFACT on Mondays, I offered one prayer to God. “I want to be a good writer and a honest commentator”. Whether I am right or wrong, whatever appears under my name will be the truth as close as I can get to it irrespective of who is involved. I will not be shackled by ethnicity, religion, family affiliations, Old Boy Associations etc. Everybody mentioned here for good or otherwise would have deserved the treatment. I invented the term HIDDEN AGENDA to describe Babangida’s political transition programme in the 1980s-1993. Today is another story about IBB. The book IBRAHIM B BABANGIDA 1985-1992: LETTING A THOUSAND FLOWERS BLOOM is the evidence.

That provides the background to why I am not one of Osinbajo’s cheerleaders and might not be – unless the Vice President alters his conduct. The appointment of the Economic Advisory Council, EAC, to replace the Economic Management Team, EMT, led by the VP was not only a step in the right direction, which Osinbajo himself should endorse, it is perhaps coming four years too late for which President Buhari deserves to be condemned. Buhari created an EMT in 2015, without a single world class Economist or global player in the financial sector, before appointing his Ministers. Those drawn into the EMT were as ignorant of the complexities of macro-economic management asthe VP. The EMT was bound to fail and drive the economy to the brink of total collapse.

The calamity confronting us had its origin in that mistaken notion, by Buhari,  in 2015, and Osinbajo’s acceptance of that fallacy that anybody can manage the national economy. Handed the “Captain’s band”, without a team at first, and the poorest team ever assembled to mange the nation’s economy, the VP proceeded to make his first monumental mistake.

First, he announced that a N9.0 trillion budget was proposed for 2016 – the largest in history. The 2015 Budget prepared by Jonathan was just a little over N7 trillion. Crude oil averaged $95 per barrel when the 2015 Budget was presented by Jonathan. It was under $65 per barrel when Osinbajo announced $9 trillion for 2016. Furthermore, it was clear by June that the revenue targets for 2015 would not be met. Yet, in addition to the unreasonable N9 trillion budget proposed, the Federal Government actually proceeded to give loans to states at a time when its own generated revenue was dwindling rapidly. That prompted me to write the following in an article titled ECONOMIC EAGLE FLYING WITH ONE WING.

The eagle and its damaged wing is an apt metaphor for the STATE OF THE NIGERIAN ECONOMY which, having been declared the largest in Africa, should be the Eagle Economy of Africa. Unfortunately, just as economic calamity is round the corner, in the shape of crude oil trending towards US$40 per barrel or worse, the African Eagle Economy is flying with only one wing – the monetary policy which is under the portfolio of the Governor of Central Bank of Nigeria, CBN. In reality, at the moment, the CBN Governor has become the Economic Czar of the Buhari administration in its early days. He alone makes the decisions that matter – just as the healthy wing is called upon to work extra hard to lift the bird off the ground…

“Cut your coat according to your cloth.”

Two fellows went to the tailor for measurements carrying ten yards and three yards of materials each. The first requested for a three-piece suit. The other, not minding the relative poverty of his situation, also asked for a three-piece suit. The tailor, with a keen sense of humour asked the latter, “Where is your grand son for whom the suit should be sewn?” The first step in the fiscal policy measures is for the President and Governors to accept that the Eagle Economy has become a lot poorer and will remain poor as long as crude sells for less than US$90 – which is now a long time away. The second is to collectively cut their budgets drastically. The third is to look inwards for more Internally Generated Revenue, IGR, and the fourth is to have a real “Team Captain” in charge right away.”

Readers will notice that crude oil has not reached $90 per barrel; neither had Nigeria exported 2.3 million barrels per day. Yet, the budget had been based on that absurd figure each year since Buhari came into office. That should tell all of us how totally wrong the EMT had been.

Then, like most of those who grew up in the crucible of “Free Education” but who were ignorant of how it was financed, the VP compounded the problem by encouraging state governors to lobby a new President, still unsure of himself for bail-outs to pay salaries – which they were eventually granted. That again provoked another response from me in 2015. Writing in an article titled MORTGAGING THE STATES IN NAME OF BAIL, the following observations were made.

“President Buhari has my sympathy because he has never pretended to be an economist or financial expert. He has also never claimed to be a constitutional lawyer. I am also not a lawyer. But, I am aware that there are things called precedents. I also know that “the road to hell is always paved with good intentions.” After initially tasking the governors requesting for bail-out to go and look inwards to solve the problem of outstanding wages, Buhari, had turned around to mandate the Federal Government of Nigeria, through the Central Bank of Nigeria, to assume the debts owed to workers in those states by converting the debts to bonds.

Nothing like this had ever occurred before in our federal republic, since the government of President Shehu Shagari guaranteed the external loans of the nineteen(19) states of Nigeria at the time. That economically ill-advised measure was partly responsible for turning the US$2.8 billion facility acquired by Obasanjo’s government, and which was repayable into the US$36 billion which both Buhari, Babangida, Abacha and Abubakar found it impossible to repay – until rapid rise in crude oil price under Obasanjo provided the funds for us to exit the debt trap.”

Today, several state governors whose states have been mortgaged in 2015 are predictably asking for help. The present problems of the states were predicted.

Of all the foundations of our current economic distress, the VP s introduction of Zero-Sum Budgeting — a term he really did not fully understand – was the worst blunder. It laid the groundwork for what followed from 2016 till today. Here is the relevant part of the article written in September 2015 to caution the VP without success.

After almost 30 years writing for VANGUARD, I have become accustomed to the fact that anybody advising Nigerian government leaders should first go and practice talking to mules. The response is likely to be the same. Permit me to end this segment by pointing out that the the first budget managed by Osinbajo’s EMT promised GRP growth of 2.4 per cent. Instead, the actual was -1.4 per cent. In financial terms, that was a 3.8 per cent negative variance. If nothing else, that result should have induced a change…..

When Giving Dethrones Fame In Nigeria