Ugwuanyi Vows To Transform The Narrative About Water In Enugu 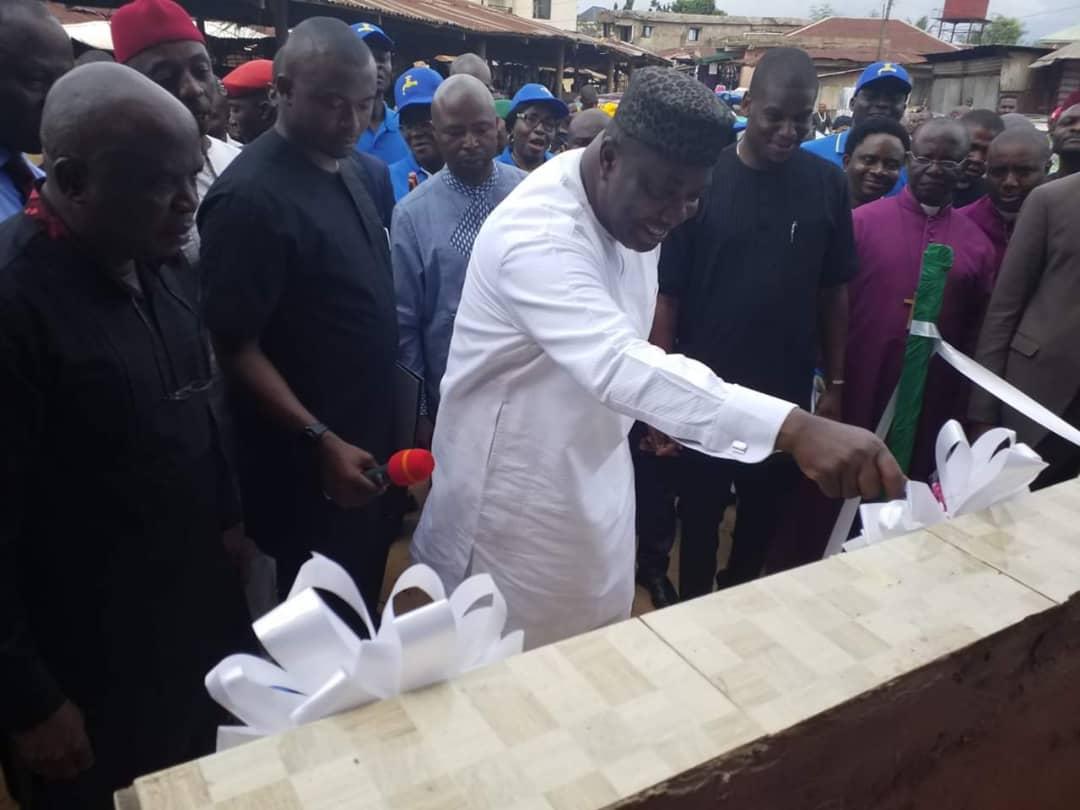 Governor Ifeanyi Ugwuanyi of Enugu State has assured the people of the state that his administration will transform the subsisting water sector narrative in his second tenure in keeping with the administration’s avowed mandate to optimize supply of potable water to Enugu residents and beyond.

Gov. Ugwuanyi disclosed his administration has designed interventions in the water sector for immediate implementation, following the inauguration of the State Executive Council a few days ago.

The governor added his administration has consequently profiled the sustainable provision of potable water as a critical mission, “that must be accomplished in this second tenure of our administration to the glory of God”.

Gov. Ugwuanyi, who made the disclosure during the inauguration of Ezi Omume Water Scheme, built by Enugu Ngwo General Assembly, Enugu North Local Government Area, for the community in commonality of purpose with the state government, stated that “the narrative on our Water Sector is on the threshold of change”.

He pointed out that the planned intervention in water supply by his administration will serve as stop-gap measure before the French Development Agency supported Fifty Million Dollar 3rd National Urban Water Sector Reform Project for the state, comes on stream fully.

The governor, who expressed delight with the people of Enugu Ngwo for the successful execution of the project, noted that it underscores their resourcefulness as “a foremost community with rich history of republicanism and early contact with western civilization”.

While thanking individuals and groups who played different roles in facilitating the delivery of the flagship community-based water project, Gov. Ugwuanyi, who observed some contentions over the project, admonished indigenes of the community to urgently pursue healing of communal division and peace building.

He stressed that, “it is in their enlightened self-interest to do so, if they desire to keep pace with modern development and progress”.

In his address, the President of Enugu-Ngwo General Assembly, Nze Bro. John Enwu, appreciated Gov. Ugwuanyi for his administration’s numerous interventions in the community such as the reconstruction of the ancient and undulating Milliken Hill Road that spanned through the community, encouragement of their people in politics and “your visible efforts geared towards salvaging our community from the threat of erosion”, among others.

Enwu explained that because of the difficult terrain and topography of the community, they had to sink the boreholes at Ukaka Village, which is three villages away from Enugu-Ngwo, to be able to source the water and afterwards piped the water to the highest point and many parts of the community.

He disclosed that Enugu North Local Government Area, under the administration of Hon. Emma Onoh, partnered the community in the water project by providing the mega 150 KVA Generator that powers the pump station.

The President revealed that eight staff, including graduates, skilled workers and technicians have been recruited to operate the scheme, adding: “We shall still employ more people as we continue to improve” to serve the residents of the area.