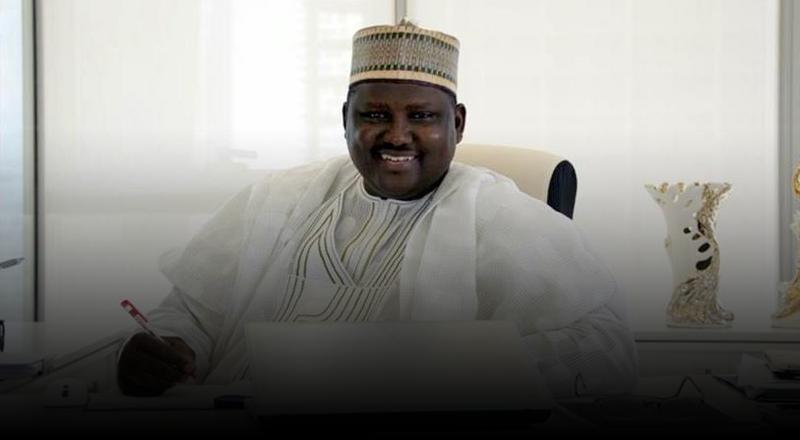 The 20 year-old son of the former Chairman of the Pension Reform Task Team (PRTT), Abdulrasheed Maina has been arrested after pulling a gun on officials of the Department of State Services, DSS who were set to arrest his father.

Maina and his son, Faisal Abdulrasheed Maina, a final year student in the Canadian University of Dubai were eventually overpowered by the combined team of the DSS and the Economic and Financial Crimes Commission, EFCC, EFCC.

Maina is accused of complicity in a multi-billion naira pension scam and was sacked by the Goodluck Jonathan administration and fled the country. He, however, surreptitiously re-entered the country and was reinstated in 2017 by the Muhammadu Buhari regime, a development that triggered a faceoff between former head of service, Mrs. Eyo-Ita and the Chief of Staff to the president, Mallam Abba Kyari a development that led him again into hiding.

The arrest was effected on 30th September, 2019, Dr. Peter Afunanya, DSS Public Relations Officer said in a statement on Wednesday.

Confirming the arrest, the DSS in the statement said he was arrested at the Pennsylvania Avenue Hotel, Utako, Abuja following a request by the EFCC to the Service to assist in the apprehension of the suspect.

“Maina was arrested in company of his 20 year old son, Faisal Abdulrasheed Maina, who unsuccessfully tried to resist the arrest.

“The lad even pulled a pistol against the security agents involved in the operation.  He was, however, disarmed and arrested.  He is a final year student at the Canadian University of Dubai where he is studying Telecoms Engineering.

“Items recovered from the suspects include a pistol with live ammunition, a bullet proof Range Rover SUV, a BMW Saloon car, foreign currencies, a phantom 7 drone and sensitive documents.

“The suspects and the recovered items will be handed over to the EFCC for further investigations and appropriate necessary actions.

“It is instructive to note that the operation is as a result of a renewed interagency collaboration among security and law enforcement agencies.

“The Service has always subscribed to such collaboration believed to be important in national security management and therefore, hopes to sustain the initiative in mitigating the current threats against public safety and national critical assets.”