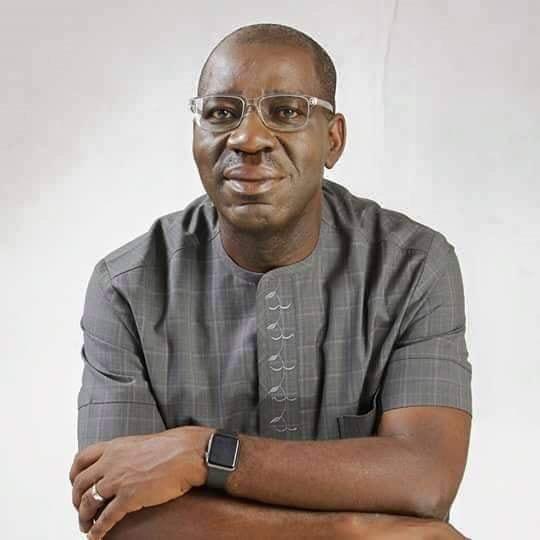 Teachers in Edo State have concluded plans for a Mega Rally to celebrate the emergence of Governor Godwin Obaseki as the Nigeria Union Teachers’ (NUT) Best Performing Governor for 2019 on account of his transformation of the state’s basic education sector.

In a letter to the governor, NUT National Secretary-General, Dr. Mike Ike Ene, had said Governor Obaseki would be bestowed with the Best Performing Governor on Saturday, October 5, 2019, based on his efforts in improving Basic Education and Teachers’ welfare in Edo State as well as the harmonious relationship with the Edo State Wing of the Union.

Acceding to plans for the Mega Rally to be held on Friday, October 4, 2019, the state’s Commissioner of Education, Hon. Jimoh Ijegbai said all teachers are to assemble by 9.00am at the Samuel Ogbemudia Secondary School (New Era), Upper Mission Road, Benin City, while students are to stay at home.

In a statement, Hon. Ijegbai said “This is to inform the general public particularly all teachers in the state that there will be a Mega Thank You visit organised by the State NUT to His Excellency, Executive Governor of Edo State, Mr. Godwin Nghoghehase Obaseki as the Best Performing Governor in the Education sector in Nigeria on Friday 4th October, 2019 at Samuel Ogbemudia Secondary School (New Era) Upper Mission Road, Benin City.”

“Consequently, all teachers are to assemble by 9.00 am at the venue, while pupils and students are to stay at home,” he added.