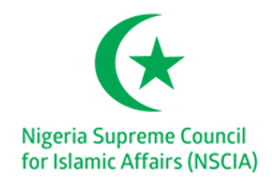 The Nigerian Supreme Council for Islamic Affairs, NSCIA, has commended the federal government on the decision to create the Ministry of Humanitarian Affairs and Disaster Management to coordinate interventions in the given areas.

NSCIA disclosed this on Saturday in a statement signed by its Head of Public Affairs Mr Aselemi Ibrahim, in Abuja.

He said, ”It is our view that there is a strong relationship between poverty and insecurity, this view is reinforced by the saying that a hungry man is an angry man.
”We therefore urge government to provide resources for the ministry to actualise the needed interventions to make life more meaningful to Displaced Persons and the less privilege.”
The group urged the Federal Government to take concrete steps towards reversing the ugly trend of kidnappings and banditry in the country.

Ibrahim said the council has critically assessed the state of the nation during its 7th expanded general purpose committee meeting and expressed concern over the spread of kidnappings, banditry and bloodletting in the country.
He said NSCIA therefore advised the federal government, security agencies and relevant stakeholders to redouble their efforts towards reversing the ugly trend.
Ibrahim, however, urged Nigerians to desist from spreading hate speech and fake news in the name of freedom of speech.
He said the council urged Nigerians to exercise restrain over alleged demolition of a Mosque in Rivers as relevant stakeholders were handling the matter with the State Government.
He said the council also advised Muslim women to always exercise their rights of wearing their hijab.

Kaduna School Kidnapping: El-Rufai Vows Not To Withdraw His Son From Public School