FG Reacts As Nigerian Is Set Ablaze In Libya

Nigerian In Court Over 'Mistake' In Oxford Dictionary

I Am Doing Well, Trump Says As He Enters Hospital 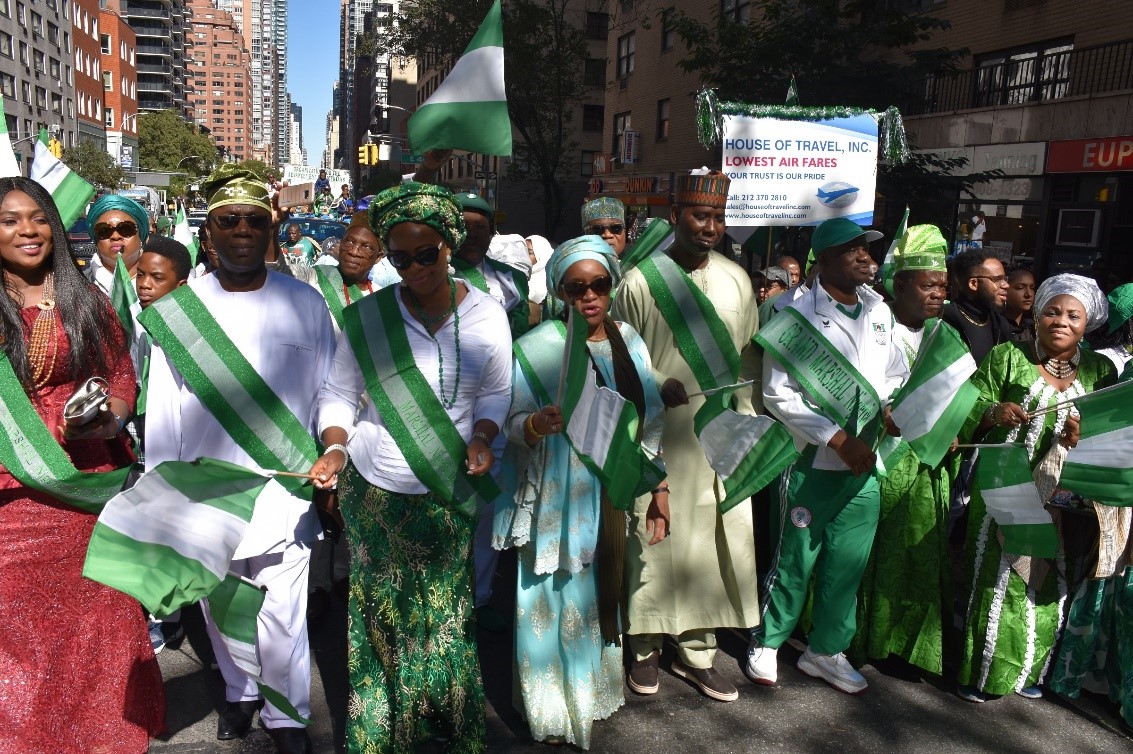 New York, (NAN) Thousands of Nigerians and well-wishers hit the streets of Manhattan in New York on Saturday to participate in the 2019 Nigerian Independence Day Parade.

Huge crowds cheered and danced as marching bands and floats decorated in Green-White-Green made their way from 54th Street to 44th Street on Second Avenue.

Many attendees waved Nigerian flags and wore branded hats and T-shirts, amid expression of pride in their country’s rich culture and music.

Founded in 1991 and known as the largest gathering of Nigerians outside their country, the parade celebrates the best of Nigerian food, culture, music and people.

The event was organised by the Organisation for the Advancement of Nigerians (OAN) and the Nigerian Independence Day Committee.

Both bodies are coalitions of Nigerian cultural, religious, professional, business, and civic groups committed to the preservation, presentation and celebration of the country’s rich history and culture.

Saturday’s edition attracted personalities from different walks of life, including members of the Nigerian diplomatic community in the United States.

The parade was led by Amb. Tijani Muhammad-Bande, the 74th President of the UN General Assembly, UNGA, Mr Benaoyagha Okoyen, the Consul General of Nigeria in New York, and other government officials.

The event also attracted some New York politicians, including the Borough President of Manhattan, Gale Brewer, who described the Nigerian community as “Number 1 in making New York great’’.

Many artistes featured in the event, but Nigerian music sensation, Teni, received the biggest cheers of the day as she sent the crowd wild with performances from her rich repertoire.

Addressing the crowds amid protests by supporters of detained rights activist, Omoyele Sowore,, Muhammad-Bande and Okoyen said the parade was a display of Nigeria’s unity.

Muhammad-Bande stated that there were too many reasons for Nigerians to celebrate, including the country’s rich ethnic and cultural diversity, regardless of what critics said.

Okoyen urged attendees to keep believing in Nigeria, adding that it “is the only identity we have, and nobody can build it for us’’.

“As we have come together this way, I believe that our differences will no longer define or divide us. Let us unite in our common interest to build Nigeria.

“Enough of those criticising us; we need to contribute our little efforts for this country to move forward,’’ he said.

Other participants, expressed pride in their nation, noting that Nigeria would overcome its challenges and be great again.

“I am proud to be a Nigerian seeing so much joy and patriotism coming from my compatriots here in New York City,’’ said Mr George Onuorah, a media practitioner.

Ndubuisi Ahuzere, a 27-year-old indigene of Imo based in New York, said although “things are not the way we want them to be back home, I remain a proud Nigerian’’.

The parade also featured a display of Nigerian food, fashion and other cultural items.