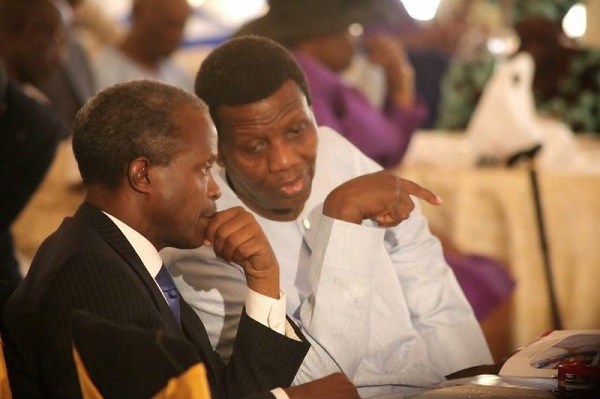 Pastor Enoch Adeboye, General Overseer of the Redeemed Christian Church of God, RCCG has said that Vice President Yemi Osinbajo will triumph in the unfolding political trials facing him on the claim that God who brought him to ascendancy will not abandon him.

Pastor Adeboye made the assertion at a commemoration service to mark the 20th anniversary of the Province 7 headquarters (Faith Chapel) of the church, Gwarimpa.

Adeboye who compared Osinbajo’s emergence to that of King Saul on the claim that the two of them did not lobby for reckoning but were fetched to the palace.

Adeboye who was represented by the Assistant General Overseer, Education and Training, RCCG, Pastor Ezekiel Odeyemi at the service was quoted by Vanguard as saying:

“I prayed with him (Osinbajo) a few moments ago, and God made me understand that before this man became a vice-presidential candidate, he never thought he could get to that position. He was not a politician.

“But destiny is very powerful. If God destines you to be in a place even if 100 people are lined up before you, they will all be disqualified. If God is the one promoting you, he will sustain you there.

“We are living in a nation where corruption is the order of the day. If we must experience the next level of glory, we must make up our minds not to defile ourselves. We must determine to be incorruptible.”