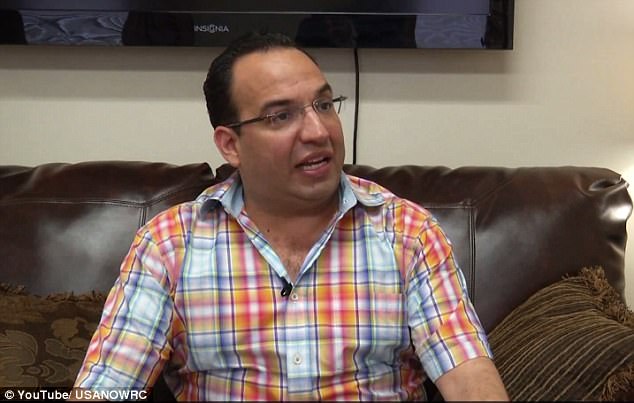 News Agency of Nigeria (NAN) reports that Ramirez alleged by the EFCC to be a serial fraudster was previously arraigned on June 22, 2017, before Justice Josephine Oyefeso, on 16-counts charge of conspiracy and obtaining under false pretences.

He was alleged to have defrauded three Nigerians- Amb. Godson Echejile, Mr Abubakar Umar and Mr Olukayode Sodimu of 545,000 dollars from February 2013 to August 2013 in Lagos.

He had plead not guilty to the alleged offences and was admitted to bail in the sum of $250,000.

However, midway to the defendant’s trial, the case file was transferred from Justice Oyefeso’s court to Justice Mojisola Dada of the Special Offences Court for speedy conclusion of the case.

On June 20, he was re-arraigned before Justice Mojisola Dada on an amended 12-count charge of conspiracy and obtaining under false pretences for defrauding Echejile, Umar and Sodimu of $1.2million.

He is standing trial in all the criminal suits alongside his companies – U.S.A Now LLC, Eagle Ford Instalodge Group LP and U.S.A Now Capital Group.

Ramirez and his companies have however been arraigned on Monday by the EFCC on a fresh nine-count charge of obtaining money by false pretences.

According to Mrs Vera Aigboje, the prosecuting counsel for the EFCC, Ramirez committed the alleged offences in 2013 and 2014 in Lagos.

“He falsely represented to the defendants that the funds were investments into his companies in the Employment-Based Fifth Preference (EB-5) United States of America Investor Programme.

“Ramirez also falsely informed the complainants that their investments will qualify them to be eligible for a USA Green Card.

Following the arraignment, the defence counsel, Mr Gboyega Oyewole, SAN, requested that the American enjoy the bail he had been granted by Justice Josephine Oyefeso in 2017.

“He has been on administrative bail in the earlier matter since 2017 on conditions which we feel are enough to guarantee his presence before this honourable court.

“The condition given by Justice Oyefeso is that he be admitted to bail in the sum of 250,000 dollars which was complied with and he was never absent in court,” Oyewole said.

She adjourned the case until Oct. 10 for trial.

Immediately after the arraignment, the EFCC’s “sister case” against Ramirez for defrauding three Nigerians commenced.

Usman an investigator with the Economic Governance Unit of the anti-graft agency, while being led in evidence by Mr M.F. Owele, the prosecuting counsel for the EFCC, described how Ramirez defrauded the complainants.

He said that in November 2015 while he was working at the Intelligence and Special Operations Section (ISOS) of the EFCC, the anti-graft agency received a petition from the law chambers of Festus Keyamo, SAN, about Ramirez’s alleged fraudulent activities.

“The petition was written on behalf of Echejile, Umar and Sodimu. It was alleged that sometime in 2013, the first defendant (Ramirez) organized a seminar in Eko Hotel and Suites in Lagos.

“At the seminar, he made a representation that whoever is desirous to have an American green card should invest 500,000 dollars and a 45,000 dollars processing fee into the American economy in a programme known as the EB-5 programme.

“My Lord the EB-5 programme is actually a US citizenship and immigration service.

“It states that any eligible immigrant that wants to invest in the American economy in areas that have low employment rate will be entitled to a two-year stay after which a green card is provided,” he said.

Aliyu stated that as part of the EFCC’s investigation into the scam, the complainants were contacted and they provided documents and evidence of payment of the funds they were scammed of.

The EFCC investigator noted that frantic efforts were also made to apprehend Ramirez by the anti-graft agency and that the American Federal Bureau of Investigations (FBI) revealed to the EFCC that Ramirez was a serial conman.

“After frantic efforts to locate the first defendant, he was eventually arrested at the Transcorp Hotel in Abuja.

“An FBI agent was invited, he came, had a discussion with the team and he informed us that the first defendant and his companies are facing similar cases in the United States of America,” Aliyu said.

Justice Dada adjourned the case until Oct. 8 and Oct. 10 for continuation of trial.