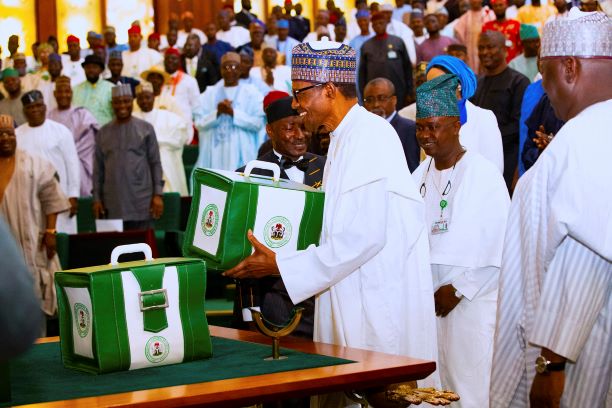 The equities market was not moved by President Muhammadu Buhari’s presentation of the 2020 budget presentation as the Nigerian Stock Exchange All Share Index eroded for the sixth straight day.

The return to fiscal discipline, at least, in timely presentation and approval of the budget was largely applauded.

However, gapping questions about the budget’s fundamentals have been raised.

Especially of concern are the funding issues and the failure to explain how the administration expects to rev production of crude oil were not answered. Even more, the bold decision to raise the Value Added Tax, VAT to 7.5% from 5% has also been met with contrasting comments from experts who question the rationale of raising taxes in a seemingly depressed economy.

In any case trading was rounding up as the president commenced the presentation of the administration’s 2020 spending plans.

The market capitalisation lost N27 billion or 0.27 per cent to close at N13.051 trillion compared with N13.078 trillion achieved on Monday.

The downturn was impacted by losses recorded in medium and large capitalised stocks, amongst which are: MTN Nigeria, Guinness Nigeria, Dangote Sugar Refinery, Dangote Flour Mills and Champion Breweries.

The market breadth closed negative, with 12 gainers compared with 14 losers.

The Champion Breweries led the losers’ chart in percentage terms, dropping by 9.57 per cent to close at N1.04 per share.

Courteville Business Solutions came second with a decline of 9.09 per cent to close at 20k, while Learn Africa dipped 8.93 to close at N1.02 per share.

Conversely, NASCON led the gainers’ table in percentage terms, increasing by 10 per cent to close at N14.85 per share.

However, total volume of shares traded increased by 22.56 per cent as investors bought and sold 185.94 million shares worth N2.54 billion traded in 3,083 deals.

This was in contrast with a turnover of 151.71 million shares valued at N1.50 billion achieved in 2,854 deals on Monday.