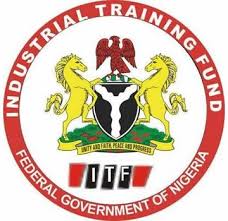 Ari disclosed this on Wednesday  in Gombe during the graduation ceremony of 500 youth under the National Industrial Skills Development Programme NISDP.

He said that NISDP was one of the programmes that the government had introduced and being implemented by ITF to facilitate President Muhammadu Buhari’s policy on job and wealth creation.

According to him, the initiative focuses on skills acquisition to create jobs and breed a new generation of entrepreneurs, in order to transform the economic landscape of the country.

He stated that within the last three years, the ITF, through the NISDP and other skills acquisition programmes, equipped over 450, 000 Nigerians across the country with skills for employability and entrepreneurship.

“ In recognition of our efforts to tackle unemployment, the Federal Government recently inaugurated the fund to come up with multi-faceted job creation strategies that would lead to lasting solution to unemployment.

“The proposal showed that in Agriculture, which is the key factor of the Next Level Agenda, a total of 150, 000 direct and indirect jobs will be created along the agricultural value chain.

“For the services sector, about 200, 000 Nigerians will be equipped with skills in Auto-diagnostics and Services ADASE, Environmental Waste Management EWAM, creative arts as well as digital media programme and service hubs.

“ In all, a total of about 20 million direct and indirect jobs will be created through these initiatives and we believe the target is achievable, with robust supports and collaboration with state governments and the organised private sector,” he said.

He said that the state government would establish 114 skills acquisition centres in the state to empower the youth of the state.