How Okowa Reacted To Court Of Appeal Victory Over Ogboru 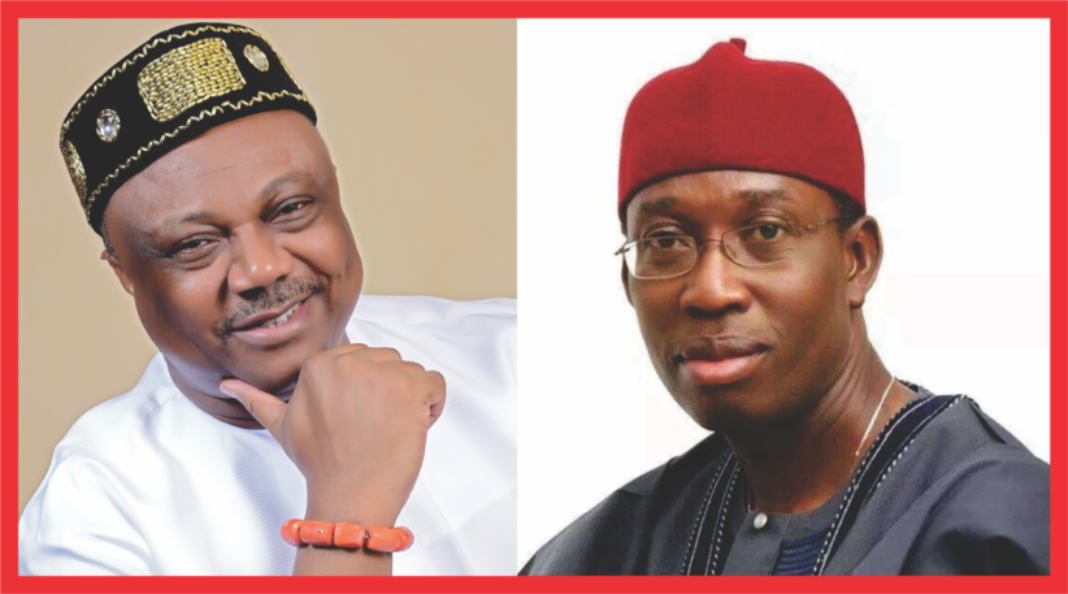 Governor Ifeanyi Okowa of Delta State has paid tribute to the citizenry in the state whose support he said made possible his serial victories at the ballot box and at the election tribunals.

Reacting to the Court of Appeal judgment which upheld his election victory in the March 2019 election, the governor said it was a revalidation on his mandate to build a strong Delta.

The election declaration of Okowa, the Peoples Democratic Party, PDP candidate in the election had been challenged by the All Progressives Congress, APC candidate, Chief Great Ogboru whose petition had suffered a similar fate at the election tribunal last September.

In a statement issued by his Chief Press Secretary, Olisa Ifeajika, following the appeal court declaration, the governor said:

“Let me congratulate Deltans and our great party, the Peoples Democratic Party, for this great victory.

“This judgement is victory for democracy because, the Judiciary has always proven that they are just and always committed to the course of justice and equity.

“It is also a confirmation of the popular votes given to us by the majority of Deltans who voted in that election.

“Our administration will remain committed to the development of our dear state in spite of the litany of court distractions from a needless electoral dispute.

“Let us continue to pray for our dear state and our country because we believe that your prayers have continued to pave the way for our serial victories and achievements.

“Let us continue to have trust in the Lord, our God, to be with us in the time of our needs so that we will continue to remain peaceful and united as we strive to build a Stronger Delta of our dream.”