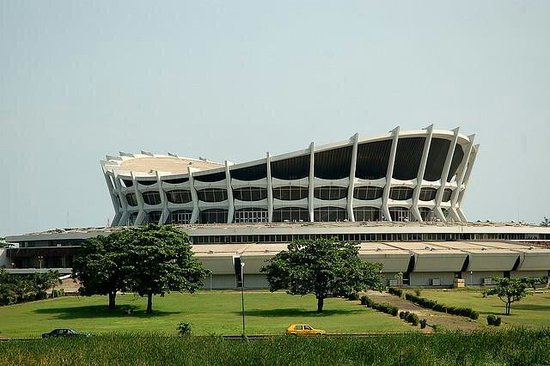 Emefiele told newsmen at the end of the 11th session of the Bankers Committee meeting in Ogere, Ogun, that the committee was appreciative of President Muhammadu Buhari’s approval for the improvement and redevelopment of the asset.

The theme for the meeting was: “Delivering Inclusive Growth: Leveraging Digital Finance”.

“Asides from the redevelopment of the National Theatre, four hubs will be built around it, which will be developed and funded by the Bankers Committee.

“These four hubs are IT, fashion, music and Nollywood.

“Bankers Committee itself has its own funds that it has set aside; nothing less than N20 billion is going to be spent to carry out the maintenance.

“Not just the development of the hub but also, develop interest.

“This will help create economic activities around the National Art Theatre and then present it as an opportunity to create jobs for people, particularly our youths,’’ Emefiele said.

He said that the committee would help revive the dying asset that is currently not well maintained, not tapping its potential  fully and lacking good maintenance.

The apex bank governor also said that there were no plans to sack staff members of the national theatre.

“However, we will work with them and put in place the maintenance culture and arrangement that  will make the national theatre and the hubs around it a tourists’ attraction.

The governor noted that a larger percentage of the Nigerian population were youths, who are jobless and could not live a better life.

He said God endowed these youths with innate skills, which should be unleashed.

He urged the people to cooperate with the committee so that, through it, jobs could be created and economic activities boosted.

Emefiele said that  after the redevelopment and maintenance of the national theatre, it would boost tourism.

On speculations that the asset is being sold, Emefiele said it was not true.

He said  that there was no plan to sell it as the Federal Government was not contemplating selling it.

“Why will we sell an asset that has the creative potential to generate massive revenue for the government,’’ he said.

On delivering digital growth, the governor said the bank would move the BVN to the next level to include the excluded.

“We now have about 40 million people on the BVN platform.

“We think that because of the benefits of the BVN to bank customers and the economy, there is the  need to consolidate and move it to a new level, something like BVN-2.0.

“This  will entail, for instance, to reclassify and segregate transactions that can be done on BVN.

“We have two classifications; the existing BVN that we have in the system has about 18 lines of information.

“There should also be a system where people who are financially excluded can now be included.

“If you are on BVN-lite, there is a limit to the kind of transactions you can do in terms of deposit and in terms of loans.

“The important thing is that we want to make you financially included where you can conduct basic banking service.

“Our people in the rural communities who have BVN-lite will later be migrated to basic,’’ he said.

Related Topics:CBNEmefieleNational Theatre
Up Next