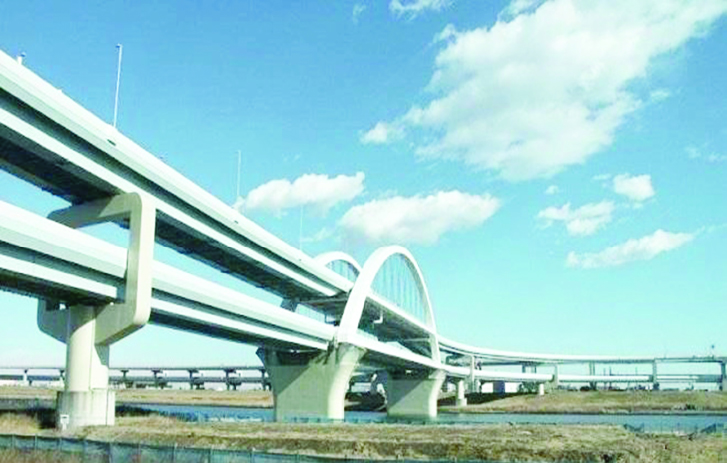 The Lagos State Government will on Wednesday host a live ceremony to announce prospective firms that met deadlines for the Expression of Interest, for the selection of preferred bidders, for the construction of Fourth Mainland Bridge.

The State Commissioner for information and strategy, Gbenga Omotoso at a session with newsmen on Sunday said that “the Government will be announcing the Expressionaires at the ceremony, which will officially set process in motion to realise the project.”

The Commissioner said the current administration had beamed a special focus on infrastructure, traffic management and transportation, with the aim to reduce the pain residents go through due to gridlocks.

He said Lagos Government had sustained its “aggressive response” to rehabilitating bad roads across the metropolis to ease vehicular movement, noting that about 116 deplorable highways were currently being reconstructed by eight multi-national construction firms deployed by the Government.

The Sanwo-Olu administration, Omotoso said, introduced Public Infrastructure Improvement Partnership (PIIP) as strategy to improve state of infrastructure by signing agreements with banks and other private financial institutions to embark on rehabilitation of adopted roads as Corporate Social Responsibility (CSR).

He said: “I boldly state, here, that the THEMES Agenda of the Sanwo-Olu Government is on course and will be achieved. The speed of projects implementation has now increased, especially since the first 100 days. The intensity is going according to the plan, which is to apply the right treatment at the right time to achieve the desired level of service.

“The government is leveraging the private sector, which controls about 80 per cent of the State’s Gross Domestic Product (GDP), as crucial in the government’s drive to bridging the infrastructure gap and building the smart city of our dream. Access Bank is partnering with the State Government in the upgrading of a network of roads in Oniru under PIIP arrangement.

“To further bring relief to our people, we will be setting the process in place for the construction of Fourth Mainland Bridge. Next Wednesday is the final day for the submission of Expression of Interest; we will be unveiling the process that will lead to the realisation of the project on day.”

Omotoso said the Government had doubled the resources committed to education and healthcare to boost human capital.

Apart from the 149-bed space Maternal and Childcare Centre (MCC) completed in Alimosho, the Commissioner said the Sanwo-Olu administration would be delivering two additional MCCs in Badagry and Epe in the coming weeks.

Omotoso said the Government remained committed to using skill acquisition as a tool of empowerment, stressing that 4,885 youths had graduated from the State’s 17 Skill Acquisition Centres located in all the five divisions of Lagos.

The Commissioner said the State Government had increased funding for schools across level, disclosing that the administration had deployed technology to strengthen the output from the State-owned schools.

He said: “In line with our promise, the rehabilitation of public schools has begun, following the inauguration of a Special Committee for the purpose. No fewer than 5,000 primary school teachers will be trained to complete the three-pronged education strategy of fixing the infrastructure, fixing the curriculum and fixing the manpower through recruitment, training and development of teachers.

“Giving credence to our policy to promote a Smart City with technology, this administration organised the Art of Technology Lagos where Governor Sanwo-Olu announced a N250m grant for tech start-ups to encourage our young ones build their fantastic ideas.”

In the last 200 days, Omotoso said the Sanwo-Olu administration had kept its promise not to discontinue projects inherited from the immediate past administration. He said the Government had revived a number of unfinished and abandoned projects, listing completion of Alhaji Lateef Jakande Housing Estate in Igando and reconstruction of Adiyan Waterworks Phase II and Imota Rice Mill as some of the State-owned projects being revived by the current administration.

On security, Omotoso said the Sanwo-Olu administration had kept its pledge to holding the yearly Town Hall Meeting on Security. The improvement in the support received by the Lagos State Security Trust Fund (LSSTF), the Commissioner said, had strengthened the capacity of the State to respond to security breaches on time.

While admitting the Government was working hard to fulfil its campaign promises, Omotoso said the next 100 days would be eventful for the administration, as more welfare projects would be delivered.

“The summary of achievements so far is by no means exhaustive and we shall continue to engage with stakeholders to inform the public of developments in our dear State,” Omotoso said.

On his part, Commissioner for Transportation, Dr. Fredric Oladehinde, said there would be strict enforcement of the State’s Traffic Law, which banned commercial motorcycles from major roads. He added that payment of toll at tollgates on Ikoyi and Lekki axes would be electronic from January 4, 2020.

Commissioner for Housing, Hon. Moruf Akinderu-Fatai said the State would be completing more housing scheme in the coming weeks

Leah Sharibu: Your Strategies Have Failed, Should Be Reviewed – ACF