Ondo 2020: No Deal With Akeredolu, Don't Beleive His Aides - Boroffice

PDP Returns To S/Court For Review Of Atiku's Petition 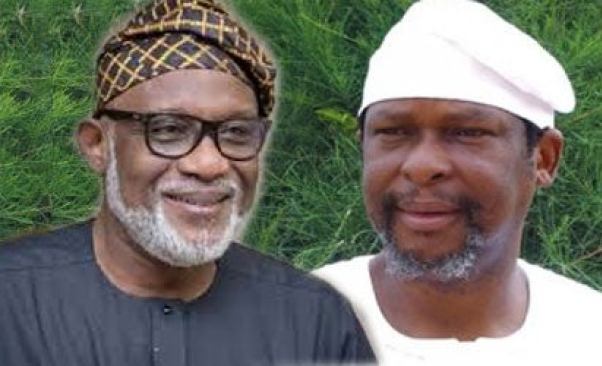 Senator Ajayi Boroffice, the deputy Senate Leader has strongly denied insinuations of a reconciliation between him and Governor Rotimi Akeredolu saying that rumours to that direction by aides of the governor were meant to score cheap political points.

Affirming that he did not endorse the governor’s second term ambition, Boroffice affirmed that the choice of the All Progressives Congress, APC in the 2020 governorship election will be solely determined by party members during an all inclusive direct primary.

Boroffice and Akeredolu have been at loggerheads since they both contested for the party’s 2016 governorship ticket in which Akeredolu prevailed.

However, affirming that Boroffice is not on the same wavelength with the governor, the Deputy Senate Leader in a statement released by his media aide, Kayode Fakuyi said:

“I am aware some appointees of Governor Rotimi Akeredolu have perfected plans to pollute the airwaves with the illusory tale that Prof. Boroffice and Governor Akeredolu sealed a pact at the instance of some National leaders of the APC.

“The second component of the fairy tale is the insinuation that Prof. Boroffice secured a sort of concession in the pact.

“Thus, I wish to confirm there is no pact between Prof. Boroffice and Governor Akeredolu. The tale is false in its entirety. Anyway, Prof. Boroffice does not need any sort of concession from anyone.

“Again, I reiterate that Prof. Boroffice has no preferred aspirant for the 2020 governorship candidacy of the All Progressives Congress in Ondo State.

“Meanwhile, the purveyors of falsehood and their sponsor had many years to build and garner goodwill but they chose to fritter time and resources away by fighting imaginary enemies. Having lost out on all counts, they have resulted to cheap lies and clout chasing in the twilight of tenure.

“Nevertheless, I shall make it impossible for them to gain from their coordinated collection of falsehoods and guileful propaganda. They should likewise be reminded fake news could attract weighty consequences.

“In conclusion, I urge associates and supporters of Prof. Boroffice to ignore the cheap lies emanating from appointees of the governor. “Assuredly, no illusory pact can suspend the rights of party members to determine party’s candidate or circumvent the process of direct guber primary election in Ondo State.”

Disquiet Over Abiodun’s Plot To Sideline Osoba In Ogun