Pray For Me, Wike Begs 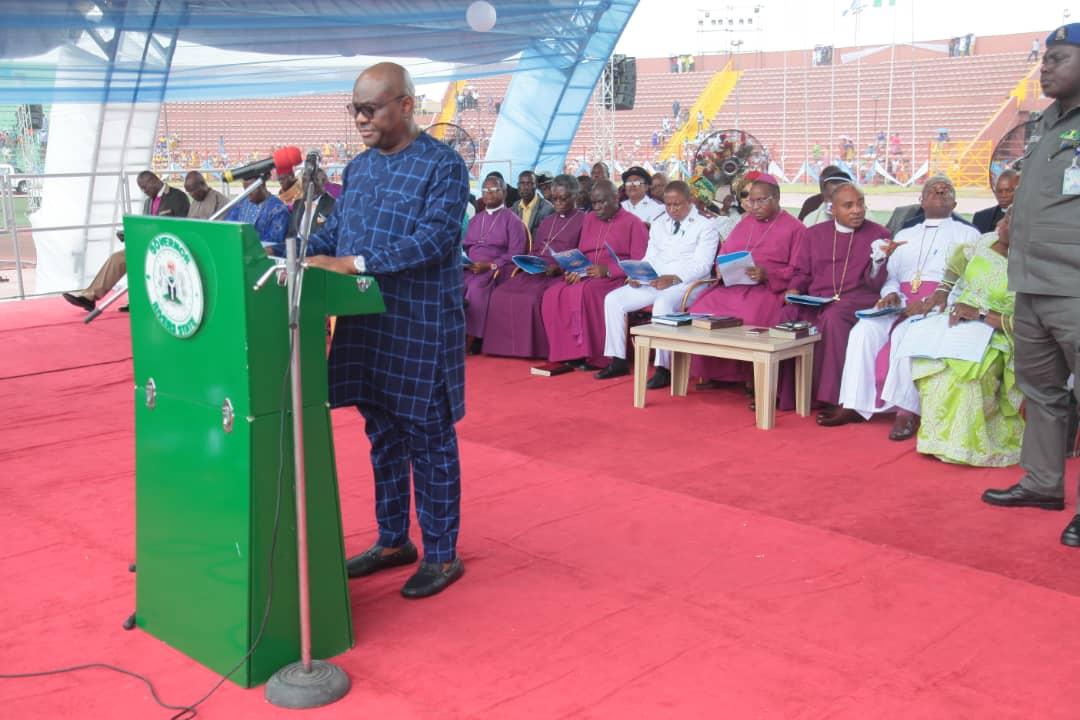 Rivers State Governor, Nyesom Ezenwo Wike has called on Christians to sustain their prayers for the success of his administration and the development of the State.

Speaking during the Golden Jubilee Anniversary celebration and Thanksgiving service of St Peter’s Anglican Church Rumuepirikom Deanery on Sunday, Governor Wike said the state is currently faced with enemies who do not mean well for it.

He stated that  the State  will continue to  thrive because  of the prayers of committed Christians.  He said with prayers, Rivers State will prevail over her adversaries.

“As Christians, I urge you to continue to pray for the state. The prayers of Christians are necessary for the State to remain victorious in the face of challenges “, he said.

The Governor was represented at the Golden Jubilee Celebration of Saint Peter’s Anglican Church by the Secretary to the Rivers State Government, Dr Tammy Danagogo.

The Governor  said that his administration will continue to  support and defend the interest of Christians in the state and reiterated his stands that Rivers State is a Christian state.

He congratulated St Peters Anglican Church, Rumuepirikom Deanery for their contribution to the development of the state and for producing one of the best Governors in 50 years of it’s existence.

Governor Wike joined other Christian faithful at the Church for the presentation of the 50th Anniversary Book of the Church.

Presenting the award on behalf of the Church, Anglican Bishop of Niger Delta North,  Rt Rev Wisdom Ihunwo said that Governor Wike has lived up the expectations of Rivers State.