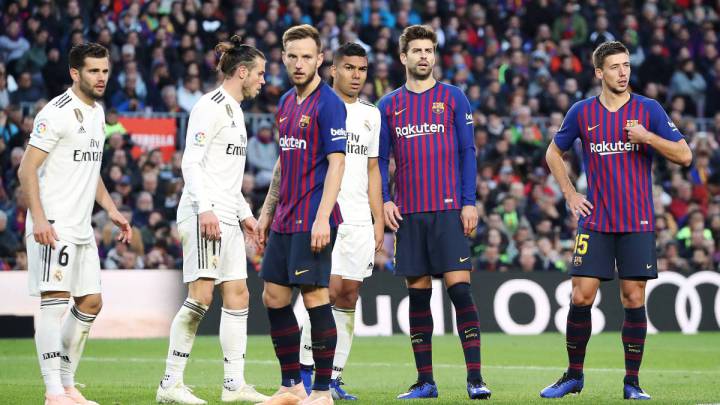 El Clasico as the rivalry between Real Madrid and Barcelona has been identified has been contested between the two Spanish giants for over 117 years.

Lionel Messi has left an indelible mark on the rich history of the encounter as the highest goal scorer. His wizardry has enabled him to maneouver the goals into the back of the net twenty-six times.

The Argentine has also delivered the highest number of assists with fourteen to his name. In the 2011 Uefa Champions League first leg match at Santiago Bernabeu, his two goals ensured that Barcelona eliminated Real Madrid from the competition. They also went on to lift the trophy after beating Manchester United in the final. He also got a goal in the final.

The rivalry between the teams emanated from the unwillingness by either side to be subservient to the other.

In the first meeting between the sides in 1902, Barcelona emerged as winner. Both teams are successful and respected in world football. Each of the teams are regarded as influential sides.

However, an interesting match isn’t complete without controversy and amazing goals. Both sides are guilty of trying to infuriate the fans by exhibiting disrespectful goal celebrations. These are some of the players that have taken such malicious adventures:

Raul: In October 1999, Raul jubilated in front of a massive crowd at the Camp Nou to silence them.

Ronaldo: Cristiano Ronaldo scored and jubilated in the Camp Nou in 2012 and 2019 much to the despise of Barcelona’s supporters.

Messi: In 2017, Lionel Messi took off his shirt and displayed it to the Real Madrid fans after a late winner.

•Laurie Cunnigham received a standing ovation from Barcelona fans at the Camp Nou in 1980 as a Real Madrid player.

•Diego Maradona also received a standing ovation in the Copa Del rey Final by Real Madrid supporters as a Barcelona player in 1983.

•Ronaldinho was applauded by the Real Madrid fans after a sublime solo goal in 2005 while appearing in the shirts of Barcelona.

•Barcelona fans tagged Luis Figo as a traitor after he signed for Real Madrid. The fans rained insults on him in Camp Nou in 2002

•Lionel Messi and Cristiano Ronaldo scored two goals each in a La Liga match in 2013. The game ended 2-2 as both players stole the show.

Both teams will renew the rivalry on Wednesday in the Camp Nou. They go into the match as stalemates and level on points. Zinedine Zidane has given the Real Madrid fans something to smile about in recent games and Ernest Valverde’s Barcelona side are now stronger with the inclusion of Antoine Griezmann to the attack. The French Superstar will be hoping to impress on his El Clasico debut.