Gov Gives Directive On Early Preparation For Christmas In Borno 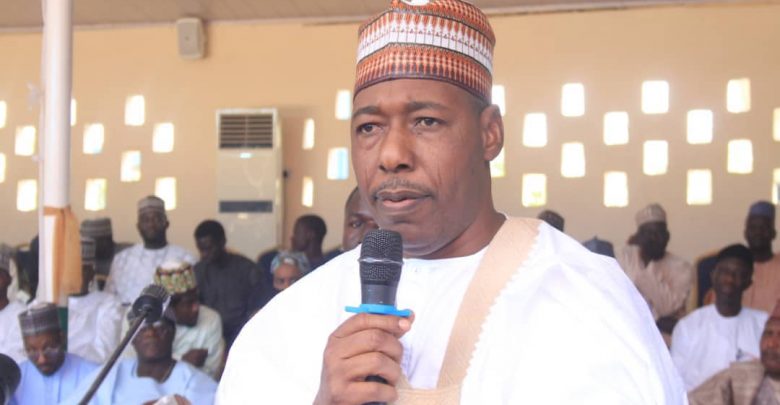 Workers and pensioners in Borno State will celebrate the Yuletide with smiles as December salaries and pensions have started hitting their bank accounts.

This follows a directive by the state governor, Prof. Babagana Umara Zulum that no affected Christian should celebrate Wednesday’s Christmas without December salary or pension.

The governor’s directive, according to his spokesman, Mallam Isa Gusau, is to ensure Christians are able to prepare for the Christmas better and on time.

Gusau, in a statement on Wednesday, said the payment was in line with the Governor’s consistency in the prompt payment of workers salaries which has never been in default.

He said: “Governor Zulum has always considered payment of salaries not as achievement but as payment of debt in this case, government paying for services rendered by law abiding civil servants contracted to work. It is public knowledge that salaries of workers in Borno have regularly been paid before 26th of every month.

“For December however, Professor Zulum, in line with a tradition of releasing salaries ahead of religious festivals, directed relevant government officials to ensure workers and pensioners were paid before 20th of December.

“The Governor’s directive has been complied with and workers have started receiving  credit alerts from their respective banks since Tuesday.”

He said the governor wishes all Christians a wonderful Christmas, while assuring them of continued efforts in safeguarding lives and property of all in the state.

How Burial Of Kanu’s Parents Can Forge Igbo Unity – MASSOB