Footballer Was Pushed To Death By SARS Officers - Remo Stars 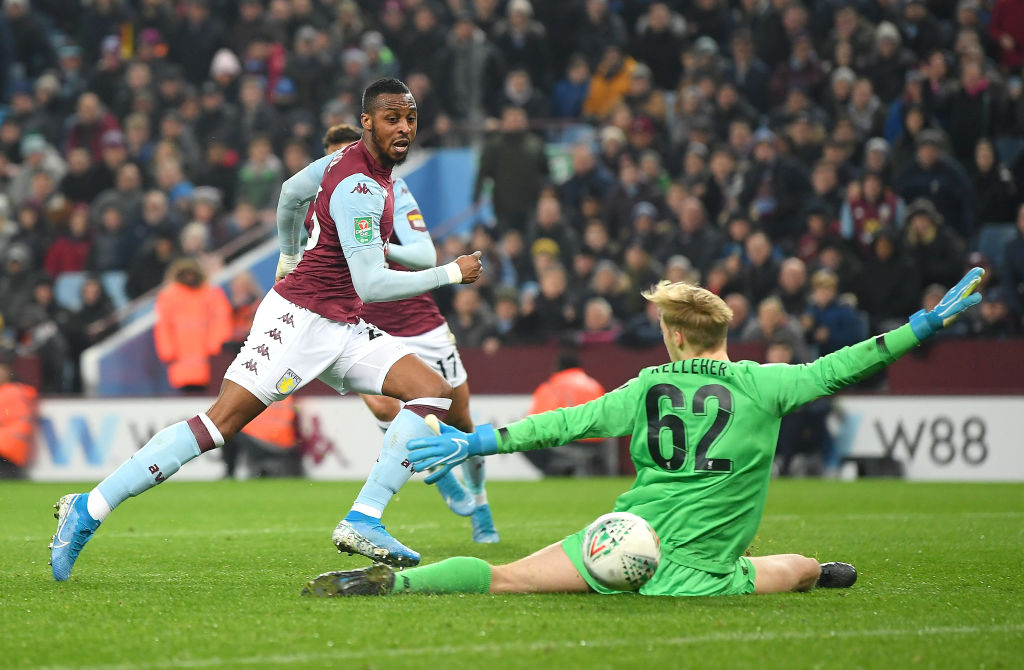 Aston Villa beat Liverpool’s youngest ever side 5-0 with a double by Jonathan Kodjia helping them into the League Cup semi-finals on a strange night at Villa Park on Tuesday.

In spite of their inexperience, Liverpool’s youngsters acquitted themselves well and matched the Aston Villa side.

It was a side showing 10 changes from their weekend Premier League defeat by Sheffield United, for much of a game that did not reflect well on the League Cup.

Liverpool’s senior players and manager Juergen Klopp, watching on TV in Qatar, would have been impressed with the way they started with 16-year-old Harvey Elliott catching the eye.

But Aston Villa went ahead in the 14th minute through Conor Hourihane’s free kick, with Kodjia just failing to get a touch.

Morgan Boyes, one of five Liverpool debutants, deflected Ahmed Elmohamady’s free-kick up and over his own goalkeeper Caoimhin Kelleher three minutes later.

Then, 30-year-old Kodjia ran through to slot home his side’s third goal in the 37th.

Kodjia made it 4-0 just before half-time to end the match as a contest, although Liverpool carved out several good chances after the break.

Aston Villa added a fifth goal in stoppage time with record signing Wesley steering home after coming off the bench.

Arsenal’s Woes: A Competent Manager Is The Solution