Police Searching For Parents Of Rescued Girl Sold For N800k 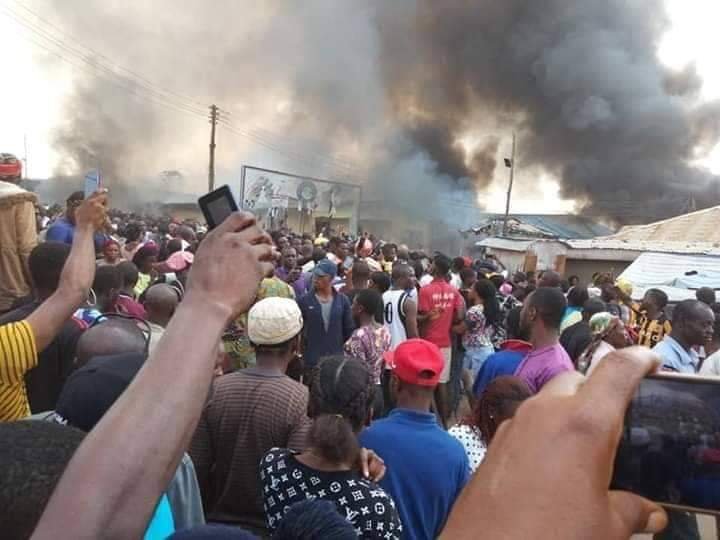 A policeman and an unidentified person were killed on Wednesday as suspected arsonists burnt down a worship house, Sotitobire Miracle Centre, in Oshinle area of Akure.

The News Agency of Nigeria (NAN) reports that there had been tension in the area over the reported disappearance of a one-year-old boy, Gold Kolawole, at the worship house on Nov. 10.

Mr. Femi Joseph, the Police Public Relations Officer (PPRO) in Ondo State confirmed the killing of a policeman and an unidentified person while speaking with NAN on Wednesday.

NAN reports that the billboard of the worship house at another branch in  Oba Ile area of Akure was also pulled down.

Kolawole, according to reports, was last seen in company with his parents at a programme held at the worship house on Nov.10 at about 11:30 a.m.

NAN also reports that the founder of the church, Alfa Babatunde,  was arrested by the Department of State Services on Dec. 8 following a petition written by the parents of the missing boy.

Joseph had in an earlier statement on Wednesday dismissed reports that the corpse of the missing Kolawole was exhumed inside the worship house.

“It is most unfortunate that this misleading information spearheaded by a popular TV station has ignited spontaneous reactions from the people leading to wanton destruction of properties and injuries to many.

“The church building was also set ablaze by irate youths. Some of our officers despatched to the scene to contain the situation were pelted with stones with many of them sustaining injuries.

“Their patrol vehicle was also badly damaged,” Joseph had said in the statement.

Joseph called on the public not to be hoodwinked by reports that the command had abandoned the investigation of the incident, saying the case file was already on the way to the DPP for legal advice.