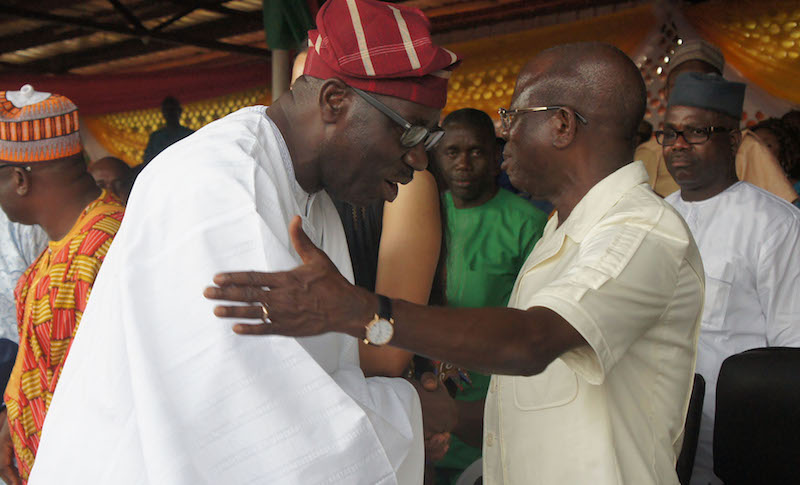 The Obaseki/Shaibu Movement (OSM), a support group for the re-election of Edo State Governor, Mr. Godwin Obaseki and his Deputy, Rt. Hon. Philip Shaibu, has rejected the Senate President, Ahmed Lawan-led All Progressives Congress (APC) National Reconciliation Committee, purportedly constituted by the party’s National Working Committee (NWC), to resolve the lingering crisis in the APC and foster peace and unity among members.

In a statement, Convener of the group, Hon. Damian Lawani, protested the constitution of the committee, noting that some of those selected as members are interested parties in some of the crisis flashpoints, which calls to question their neutrality in carrying out their assignment.

According to him, “We categorically reject the National Reconciliation Committee constituted by the APC NWC because we have seen the duplicity in the act. The Senate President, Ahmed Lawan and Deputy Speaker of the House of Representatives, Ahmed Wase are members of the newly announced committee and their inclusion is not only pregnant with meaning, but also symptomatic of the intent of the National Chairman, Comrade Adams Oshiomhole, to continue the lingering fight against his political enemies.

“Comrade Oshiomhole, Nigerians will recall, enlisted the services of Senator Lawan and Hon. Wase to carry out his plan of taking over the powers of the Edo State House of Assembly until they were stopped in their tracks by the Federal High Court sitting in Port Harcourt. The National Assembly was thereby restrained from continuing in their perfidious ambition, which was to muscle Governor Godwin Obaseki. The court thwarted this move and now Comrade Oshiomhole wants to make mockery of the law by using the National Reconciliation Committee to actuate his plans through the backdoor.”

“To that extent, we wholesomely reject the committee and request that a committee that will do justice to the matter without prejudice be constituted,” the group averred.

Nothing Can Attract Me To APC – Dokpesi