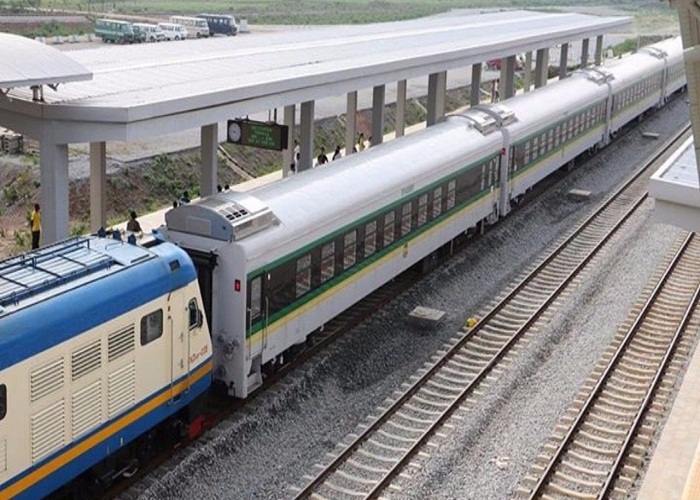 The passengers gave the commendation in separate interviews with the News Agency of Nigeria (NAN) at Ologuneru in Ibadan, site for the takeoff of the free train ride.

A commuter, Mr Olla Ebenezer, said that the Muhammadu Buhari administration had proved its critics wrong with the new standard rail gauge.

“Government is proving its point by walking the talk and living up to its responsibilities.

“The coaches are very comfortable, security guards are on board while one is at peace,” he said.

Another passenger, Mr. Tayo Adeyemo, said he and his family members were traveling for the third time on the train.

Adeyemo said that the Buhari administration had done what previous governments could not achieve.

He, however, called on the Federal Government to increase the number of coaches from the current two and as well extend the standard rail guage to other parts of the country.

Also commenting, Mrs. Regina Ogunjobi, described the free train ride as a great opportunity for the aged like her

According to her, rail transportation is safe and prompt as there is no challenge of traffic gridlock compared to road transportation.

Another passenger, Mrs Tosin Moses, described the boarding process as transparent as there was no racketeering in the allocation of tickets.

” Those chosen are on first come first served basis and they must have verifiable identification cards,” she said.

Also speaking with NAN, the Railway District Manager (Western Zone), Mrs Angelique Ikwuka, said the free train ride would end in April 2020 when it would be commercialised.

Ikwuka said that the available coaches could only accommodate 40 passengers, adding that the corporation was hoping to deploy more coaches as soon as they arrived.

“I feel very sorry for some passengers because many of them came from far places and were turned back because of the limited number of seats.

” I advise anyone that wants to board the free train ride to come with any means of identification,” she said.

Mr. Mahmood Yakub, the spokesman for the Nigerian Railway Corporation, on his part, dismissed insinuation of ticket racketing in some quarters.

“There is no ticket racketeering in Nigerian  Railway Corporation.

“I can authoritatively tell you that we have no information of anything of such in the corporation,” he said.

How Burial Of Kanu’s Parents Can Forge Igbo Unity – MASSOB