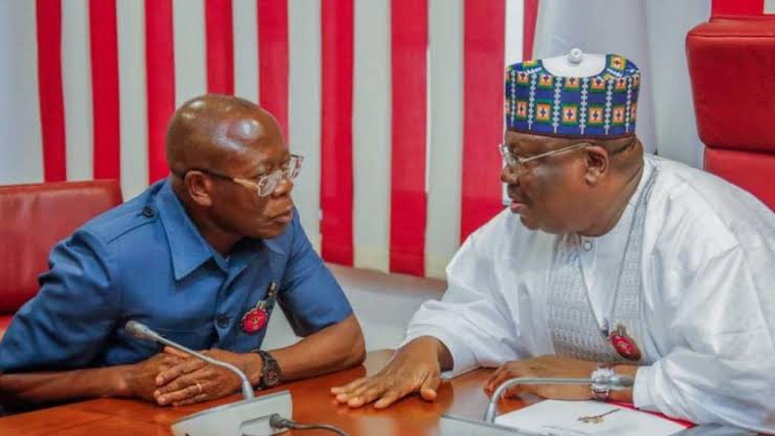 The Edo State Government has rejected the composition of the Senate President, Ahmed Lawan-led All Progressives Congress (APC)’s National Reconciliation Committee, noting that the committee was populated by persons with vested interests in the crisis rocking the ruling party.

In a statement, Commissioner for Information and Orientation, Hon. Paul Ohonbamu and Special Adviser to the Governor on Media and Communication Strategy, Crusoe Osagie, said some of the members of the committee such as Senator Ahmed Lawan and the Deputy Speaker of the House of Representatives, Hon. Ahmed Wase, meddled in the altercation between Edo State Government and the National Chairman of the All Progressives Congress (APC), Comrade Adams Oshiomhole and could not now be adjudicators on the matter.

According to him, “We believe the committee does not only fall-short of the most basic of integrity tests, but is also a disservice to genuine efforts to bring a lasting solution to the crisis rocking different chapters of the APC across the country.

“To the specifics, Senator Lawan and Ahmed Wase in the Senate and the House of Representatives, respectively, presided over the plenary sessions where the motions to take over the Edo State House of Assembly were deliberated.

“They are also parties in the court case, in which the Federal High Court sitting in Port Harcourt ruled that the National Assembly cannot take over the functions of the Edo State Assembly.”

He continued, “The NWC, which constituted the reconciliatory committee, is presided over by Comrade Adams Oshiomhole, who is a key actor in the crisis in Edo State. With this move, it amounts to him also being the judge in his own case.

The state government noted that governors of APC-controlled states were not consulted in the composition of the committee, which was an indication that the national chairman still acts like an ’emperor,’ a trait that is exacerbating the crisis in the party.

“State governors in APC-controlled states who are critical stakeholders in the organs of the party were not carried along in the composition of the reconciliation committee, contrary to insinuations that there was wide consultation before the setting up of the committee. Any genuine attempt to reconcile aggrieved parties cannot excise such important stakeholders in the party,” he added.

They reiterated the fact that Comrade Oshiomhole has been suspended by the party organs in Edo State and doesn’t have powers to act as the national chairman of the APC, noting, “We would like to remind the discerning members of the public that Comrade Oshiomhole, who is involved in composition of the committee, has been suspended by the APC in his ward and Local Government Area levels. The suspension has been ratified by the Edo State APC Chapter and as such Oshiomhole should excuse himself from the functions of the APC.

“The Edo State Government calls on the National Executive Committee of the APC and President Muhammadu Buhari to intervene in this festering crisis.”

Oshiomhole Compiled List Of My Commissioners In His Living Room – Obaseki