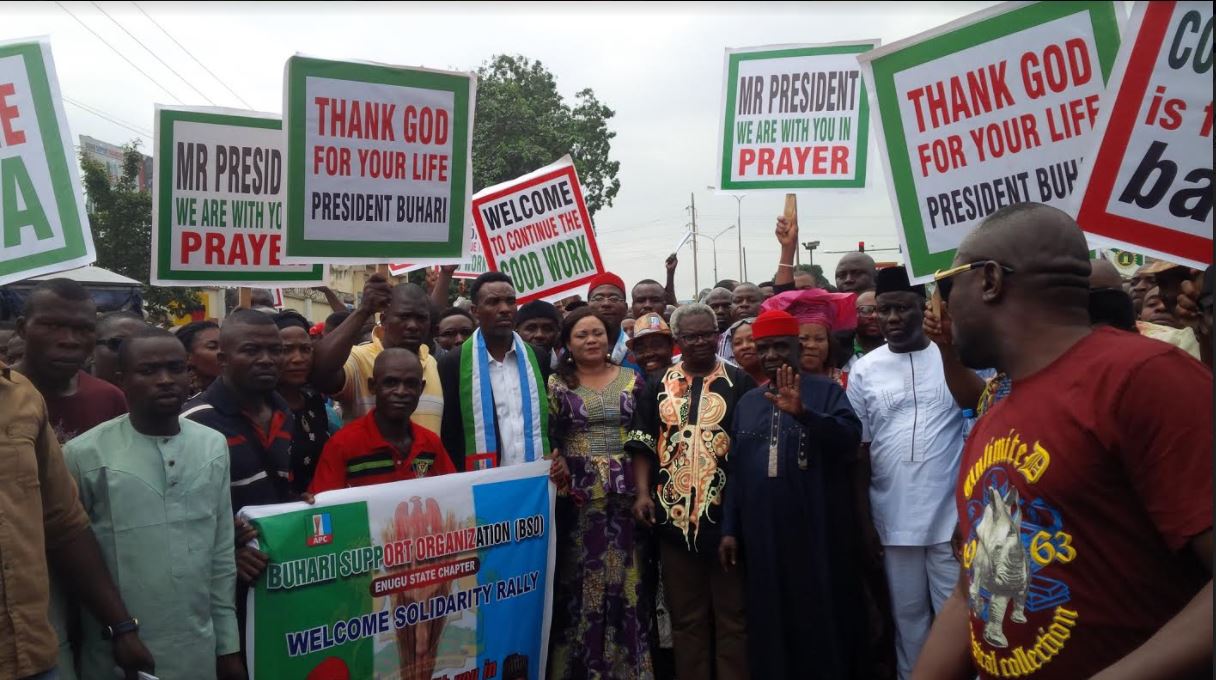 The Buhari Media Organization (BMO) has described criticism of the President Buhari’s administration’s plan to borrow $29 Billion to fund critical infrastructure projects in the country, by Atiku Abubakar, as a litany of lies, fallacies and propaganda aimed at hoodwinking the Nigerian people.

The group in a statement signed by Niyi Akinsiju and Cassidy Madueke, it’s Chairman and Secretary respectively, described the article as a manifestation of what they claimed as Atiku’s desperation to remain relevant by creating issues where there are none, through subterfuge and shameless lies.

“Atiku Abubakar made clearer his apparent inability to appreciate the truth when he wrote that article. He forgot so easily that he served as Vice President in the Obasanjo Presidency, during which Nigeria earned over 27 Trillion Naira in 8 years, from crude oil alone, but for which the country had nothing to show for it. In fact, his government and the subsequent PDP administrations left no legacy project for the Nigerian people that they can today point to.

“The only legacy that the Atiku and PDP administrations can point to are corruption cases being prosecuted against them, bad roads, insufficient and ill-equipped hospitals and schools, and neglected institutions – all these are what the President Buhari administration is seeking to turn around with the money it seeks to borrow.

“If Atiku and his PDP gang had even done ten per cent of what the Buhari administration is doing today with its meagre earnings, Nigeria would have been far more developed than it is today. Unfortunately, they chose to squander Nigeria’s resources, and choke the future for coming generations.”

The group stated that it was on record that the President Buhari administration had earned the least in oil revenue-about 7 to 8 Trillion Naira-compared to the Jonathan administration that earned a whooping 51 Trillion Naira and still left the country pathetically under-developed.

“It is instructive to note, in fact, that the World Bank and the Swiss government had to make the distribution of these funds through the Social Investment Programmes an agreed precondition before releasing the funds. This is because of fears that the funds would end up unaccounted for as was the case when Atiku was Vice President of the country.

“Atiku obviously lacks a sense of guilt or shame. Being a member of the rapacious gang that ripped off Nigeria’s resources, sold off its assets with nothing to show for it, impoverished the country and gave us bad leadership, it is very shameful that rather than write a letter of apology to Nigerians for the misdeeds of he and his gang members, he authors an article that is hypocritical, untruthful and spiteful.”

BMO emphasised that Atiku’s article was hypocritical as it was attacking borrowing which he had suggested as a source of funding projects in his so-called “Get Nigeria Working Again” manifesto when he campaigned to be President.

“Hypocrisy runs through every line in Atiku’s ill-thought and mischievous article: in his manifesto prior to the 2019 elections, he sought to use the same means of borrowing to finance the Budget Deficit, and to fund infrastructure in rail and roads. Today, he turns around to criticise the Buhari government for doing this same thing, albeit differently from his, because the Nigerian people are assured that these money would not end up being dashed to friends or used to purchase houses in Dubai and other places.”

The group noted that people like Atiku are  part of Nigeria’s ugly past that the country was departing from, stating that “whenever voices from this ugly past are heard they bear only hypocrisy, distraction, embarrassment, deceit, fallacy, desperation and in many cases, foolishness, in fact.”