LASU To Provide Hostels For Students 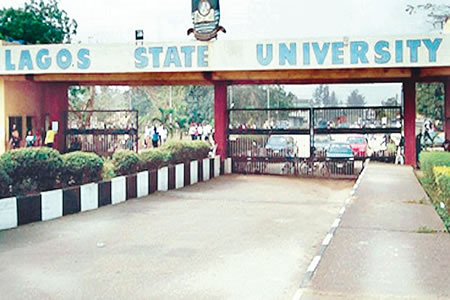 The Lagos State University (LASU) is set to become a residential tertiary institution, 36 years after it was established.

The State Government, at the weekend, signed a Build, Operate and Transfer (BOT) agreement with six private property developers to deliver 8,272 units of hostel on the school campus in the next 18 months.

Governor Babajide Sanwo-Olu officially approved the BOT agreement at a short ceremony held at Lagos House in Marina on Friday evening. The deal, which will lead to the construction of six blocks of Hall of Residence, was wrapped under the Public Private Partnership (PPP) policy of the State. The concessions will run for 35 years.

When the private developers deliver the projects in 2021, it is expected that 30 per cent of the school’s 26,000 student-population will be served, thereby reducing the pressure resulting from over subscription of privately owned off-campus residences.

After signing the agreement, Gov. Sanwo-Olu said the development further underscored his administration’s objective of driving up quality output across the State-owned schools through provision of infrastructure critical to facilitating better-quality teaching and learning.

When LASU changes its status to a residential institution, Sanwo-Olu said there would be improvement in students’ academic performance, while the school would also move up in its global rating.

Sanwo-Olu told the developers not to default the agreement deadline nor deviate from the terms of the agreement, stressing that the State Government would monitor the development of the Halls of Residence at every stage of their construction to ensure compliance with agreement.

Special Adviser to the Governor on Education, Hon. Tokunbo Wahab, whose office facilitated the contract, said Sanwo-Olu had created a legacy that would outlive him with the approval of the BOT agreement, reiterating that there would be more private sector-led infrastructure development programmes to be initiated across the State-owned tertiary institutions.

Wahab pointed out the six concessionaires were selected through a transparent bidding procedure fully handled by a reputable management-consulting firm, PricewaterhouseCoopers (PwC).

LASU Vice-Chancellor, Prof. Lanre Fagbohun, who was at the ceremony, described the development as “significant”, saying the agreement would radically change the landscape of the institution.

The contractors will move fully to sites in January and the projects will be completed by the middle of 2021.

NDDC: Akpabio Gets Support On Audit From Key N/Delta Group