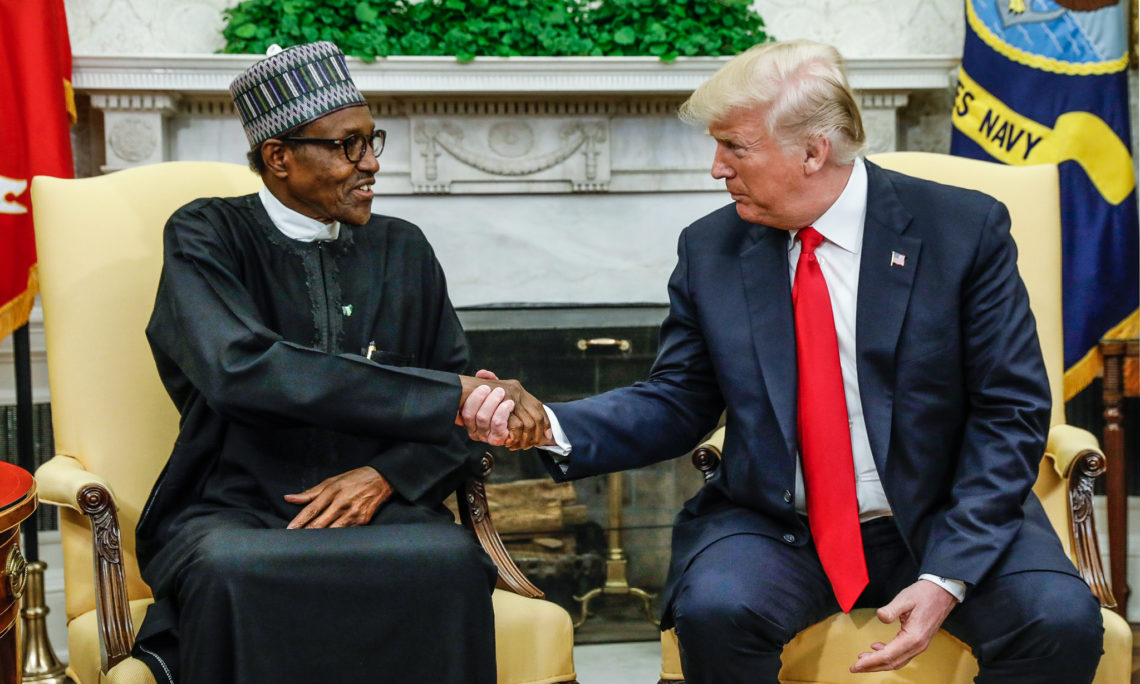 The Donald Trump administration has added Nigeria to a list of countries on a Special Watch List for governments engaged in or tolerated “systematic, ongoing, [and] egregious violations of religious freedom.”

United Secretary of State Michael Pompeo made the revelation in a statement issued in Washington D.C. on Friday.

Besides Nigeria other countries added to the list include Cuba, Nicaragua and Sudan.

The development was immediately welcomed by Barrister Emmanuel Ogebe of the US Nigeria Law Group.

“Today’s action by US Secretary of State Pompeo moves the needle forward for the recognition of Nigeria as a major global center of religious persecution about 20 years since the reporting and ranking mechanism was put into place by the Clinton administration.

“Nigeria would have achieved full designation as a CPC (Country of Particular Concern) had the reporting of the egregious abuses in the 2018 report been robust and accurate.”

Secretary Pompeo in his statement said:

The protection of religious freedom is a top Trump Administration foreign policy priority.  Persecution and discrimination on the basis of religion or belief exists in every region of the world.  The United States continues to work diligently to promote religious freedom and combat abuses.  These recent designations continue that important work.

On December 18, 2019, the Department of State re-designated Burma, China, Eritrea, Iran, North Korea, Pakistan, Saudi Arabia, Tajikistan, and Turkmenistan as Countries of Particular Concern under the International Religious Freedom Act of 1998 for having engaged in or tolerated “systematic, ongoing, [and] egregious violations of religious freedom.”

The Department renewed the placement of Comoros, Russia, and Uzbekistan on a Special Watch List (SWL) for governments that have engaged in or tolerated “severe violations of religious freedom,” and added Cuba, Nicaragua, Nigeria, and Sudan to this list.  Sudan was moved to the SWL due to significant steps taken by the civilian-led transitional government to address the previous regime’s “systematic, ongoing, and egregious violations of religious freedom.”  Finally, we designated al-Nusra Front, al-Qa’ida in the Arabian Peninsula, al-Qa’ida, al-Shabab, Boko Haram, the Houthis, ISIS, ISIS-Khorasan, and the Taliban as Entities of Particular Concern.

These designations underscore the United States’ commitment to protect those who seek to exercise their freedom of religion or belief.  We believe that everyone, everywhere, at all times, should have the right to live according to the dictates of their conscience.  We will continue to challenge state and non-state entities that seek to infringe upon those fundamental rights and to ensure they are held to account for their actions.

This month, the U.S. Government announced designations of 68 individuals and entities in nine countries for corruption and human rights abuses under the Global Magnitsky Act, among them four Burmese military leaders responsible for serious human rights abuses against the Rohingya Muslims and other religious and ethnic minorities.  In October, we placed visa restrictions on Chinese government and Communist Party officials who are believed to be responsible for, or complicit in, the detention or abuse of Uighurs, Kazakhs, or other members of Muslim minority groups in Xinjiang, China.

Our actions have been, and will continue to be, consistent with our position on religious freedom.  No country, entity, or individual should be able to persecute people of faith without accountability.  We have acted, and we will continue to do so.

Adoke: Other Indicted Former Officials Will Be Caught – Buhari’s Supporters