US Watchlist: Nigeria To Discuss With US Next Year - Presidency 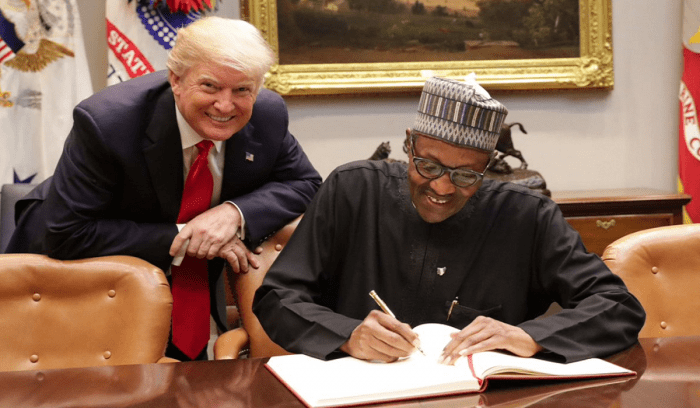 The Presidency says the decision by the U.S. government to place Nigeria on its Watch List does make Nigeria a country of concern on religious freedom.

Speaking to the News Agency of Nigeria (NAN) on this development, Malam Garba Shehu, the Senior Special Assistant to the President on Media and Publicity, said Nigeria and the U.S. would deliberate on the matter early next year.

According to him, placing Nigeria on U.S. watch list carries no immediate implication, and that does not in any way make the country an area of concern as being asserted in some quarters.

“The correct U.S. government position is that the addition of Nigeria to the watch list of the IRF does not make Nigeria a country of concern on religious freedom.

“The watch list carries no immediate implication, except for the need for both countries to discuss areas of concern over the next year. We are looking forward to such discussions with our partners, the U.S.’’

The presidential aide maintained that Nigeria as geo-political entity had no policy that promotes one religion against the other.

According to Shehu, the right to freedom of worship for all citizens is guaranteed in the Nigerian constitution.

“We have no policy that promotes one religion against the other.

“The right to freedom is guaranteed by the constitution and we have no problem observing that,’’ he said.

The U.S. government last week added Nigeria to a “Special Watch List (SWL)” of countries that have engaged in or tolerated “severe violations of religious freedom”.

The inclusion of Nigeria in the religion violations list, which has continued to attract mixed reactions, was announced by the U.S. Secretary of State, Mike Pompeo.

Related Topics:US Watchlist
Up Next