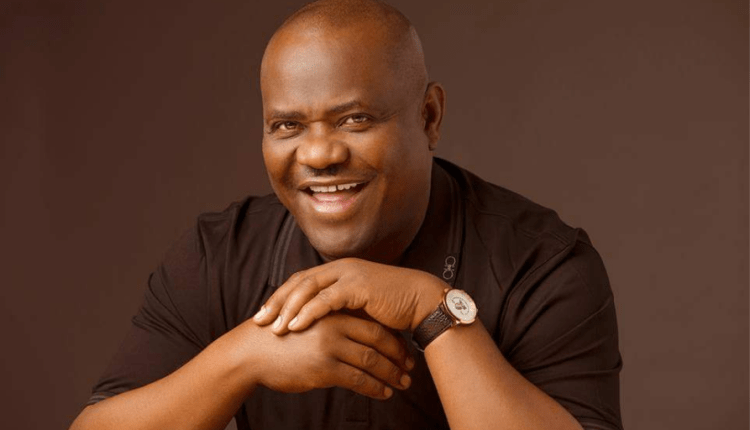 Governor Nyesom Wike has described himself as the luckiest politician that was assisted by God to overcome the onslaught of Federal Might during the 2019 elections. He said that on that note that he would allow God to produce his successor and would not install a successor.

He said: “I am the luckiest politician who has always received God’s Blessing.  I don’t know how many people who have fought Federal Might and succeeded.

“God fought for us during the last elections and we were victorious.  That is why I will always support the Church.  I will always continue to give thanks to God for his mercies. “

Governor Wike reiterated that only God has the power to enthrone his successor in 2023.

“However,  I will  fervently pray that my party succeeds in 2023. The insistence to plant a successor is mainly for selfish reasons.  Everyone with the right capacity should come forward to tell Rivers people,  why they should vote him/her”, he said.

He described Senator Barinada Mpigi as a dedicated politician who works hard to achieve results.

Governor Wike said that he has worked closely with Senator Mpigi since 1999 because he is a trustworthy politician.  He said that Mpigi has examined both PDP and APC, with the conclusion that PDP is the hope for Nigeria.

He said despite the challenges confronting the PDP, the future of the country is secured under the  leadership of the PDP.

Former Senate Leader,  Senator Ali Ndume said that Senator Mpigi is trustworthy politician does not swerve in the face of pressure .

He said though the contest for the Senate Leadership was fierce,  he was not defeated.  He said the election was manipulated by external forces who influenced the outcome.

Ndume praised Governor Wike for being a courageous politician who works for the people, no matter the pressure.

He commended Governor Wike for his contribution to his Electoral Victory.  He declared that he will follow Governor Wike’s direction in 2023.

Senate Minority Leader,  Senator Enyinaya Abaribe said members of the Senate were on ground to support their colleague thank God for his Electoral victory.  He announced the  contribution of the Senators for the construction of the vicariate.

In a sermon,  Chairman of Pentecostal Fellowship of Nigeria,  Rivers State Chapter,  Apostle Zilly Aggrey urged Nigerians to live a life of Thanksgiving and Appreciation to God for his blessing.

He urged Niger Delta Governors to work together to address the poor Federal Road Infrastructure in the South-South.

Highpoint of the occasion was the presentation of Bibles to Governor Wike and other dignitaries by the Church.

I Was Not Elected To Fight Buhari – Gbajabiamila