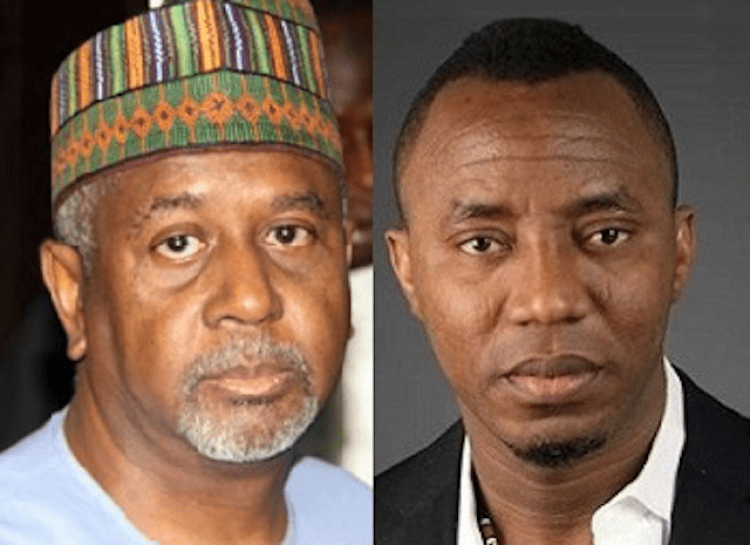 “We also thank the entire judiciary and all Nigerians. It is well with us. May God continue to be with all of us,” Raji said.

On his part, Mr Sebastian Hon, (SAN) called it a welcome development.

“Although belated, it is a welcome development. The continued detention of these fellows was detestable.

“The axiom is that the judiciary is the last hope of the common man.

“This is a welcome sign that the world is a global village because the whole world was involved in seeking their release.”

Hon called for the release of others in similar situations, especially El Zak-Zaky.

Also reacting, Mr Mike Ozekhome (SAN), described the order for the release as salutary for democracy, respect for fundamental rights of the citizens and observance of rule of law.

“I am happy the government has finally seen what I saw in 2015, when I kicked against the incarceration of Dasuki.

He urged the government to extend the gesture to El Zak-Zaky, leader of the Islamic Movement of Nigeria.

Also reacting, the Socio-Economic Rights and Accountability Project (SERAP), through its
Deputy Director, Mr Kolawole Oluwadare, said that it was a positive step by the government.

“We hope that this signals a change in direction in Nigeria toward greater openness so that citizens can effectively enjoy their constitutional rights and fundamental freedoms,” the statement said.

The News Agency of Nigeria (NAN), reports that the Federal Government, through the Attorney-General of the Federation, on Tuesday in Abuja, ordered the Department of State Services, (DSS) to release the duo of Dasuki and Sowore.

(Video) Sowore Released, Says Nobody Can Take Nigerians For Granted If…