(Video) Sowore Released, Says Nobody Can Take Nigerians For Granted If... 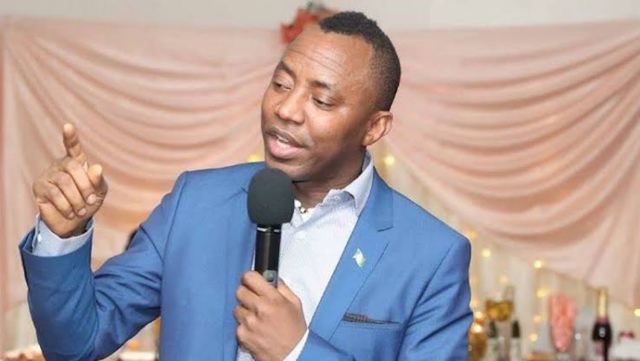 Civil society activist, Omoyele Sowore has thanked Nigerians following his release on Tuesday evening from the custody of the Department of State Services, DSS.

Speaking to an enthusiastic group of supporters and the media just as he stepped out of the headquarters of the DSS, he expressed thanks to Nigerians for the agitation for his release. He urged that Nigerians should not relent and that nobody can take a people who are determined for granted.

Sowore was released on the day that the new United States ambassador to Nigeria presented her credentials to President Muhammadu Buhari.

It is not known if the appointment had anything to do with the dramatic release of the civil society activist. The release of Col. Sambo Dasuki who has been held for four years was yet to be confirmed. The order for the release of the two men was given earlier in the day to a shocked nation.

Speaking as he breathed the air of freedom, Sowore said:

“The only thing is to thank Nigerians, they made it happen and they should not relent.

“Nobody can take a people who are determined for granted.”