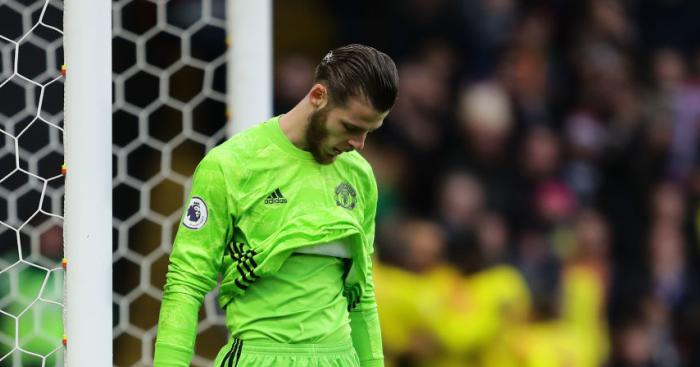 Manchester United’s goalkeeper, David De Gea turned from hero to villain in their last Premier League game against Watford when his error gave the opponents the lead.

Ismaila Sarr’s weak attempt on the ball unexpectedly found it’s way into the back of the net in which De Gea was culpable. The goal demoralized the whole of the Manchester United team and they lost the game 2-0 as Troy Deeney scored another from the penalty spot as a result of Wan Bissaka’s foul in the box.

Hitherto, the 29 year old had been the outstanding performer of Manchester United on days when the outfield players had been dreadful. His gifted hands had been saving the team since his move from Atletico Madrid in the 2011/2012 season as a replacement for the legendary Edwin Van der Sar.

The Spanish goalkeeper has won one Premier League, one Fa cup, one EFL cup and three community shields with Manchester United. He won the Europa league and super cup while he was at Atletico Madrid.

Indeed, De Gea’s world class saves had made him one of the most sought after goalkeepers in the world. An epitome of his unreal saves came against Arsenal in the 2017/2018 season where he made more than eight saves to deny Arsenal a victory in a game where the Gunners clearly outplayed the Red Devils. Sevilla also suffered from the shot-stopper’s incredible saves in the UEFA Champions League round of 16 knockout first leg tie in the 2017/2018 season. De Gea has also invented his own style of super saves with the use of his legs to produce the extraordinary. Sometimes he doesn’t need the help of a woeful United defense to save the day.

Manchester United have been facing hard times since the arrival of Ole Solksjaer and the pressure seems to have gotten to him which has made him prone to some errors. It is obvious that De Gea is one of the best goalkeepers in the world, but his team is below par in their performances.

The signing of Harry Maguire and Aaron Wan Bissaka to strengthen the defense hasn’t really helped  the collective performance of the team. The onus of saving a team cannot be given to only one player. A mandatory change must be made in Manchester United sooner than later in order to appreciate De Gea’s wonderful performances.