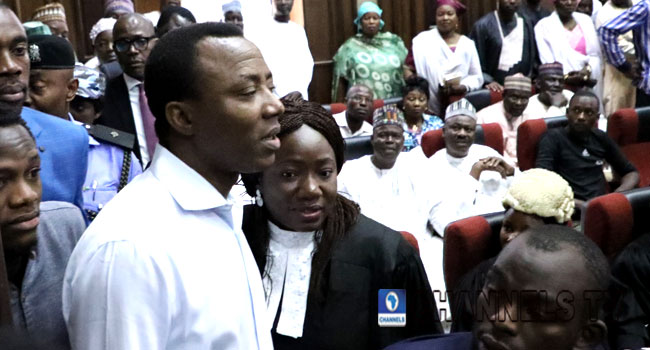 Claims by Femi Fani-Kayode that the liberal wing of the cabal in the presidency influenced the release of Omoyele Sowore have been debunked as fake news.

Fani-Kayode had in a tweet claimed with authority that the release of Sowore and Col. Sambo Dasuki was on account of the influence of the liberal wing of the presidency. He cited those who brought the pressure to include Governor Kayode Fayemi, minister of aviation, Haidi Sariki, the attorney general of the federation, Abubakar Malami and the chief of staff to the president, Abba Kyari.

That narrative has now been swiftly dismissed by an American based activist, Ademola Bello who is reported to have been embedded in the international agitation for the release of Sowore.

He told Saharareporters that apart from leading US lawmakers and groups, the intervention of prominent media organisations like CBS, NBC, ABC, Democracy Now, CNN, New York Times, Sahara Reporters, PUNCH and Premium Times helped to force the Nigerian government to release the duo.

“The story credited to Femi Fani-Kayode on how Sowore was release is not only a misinformation, but also a hoax and fake.

“Moreover, the false claim and publication also undermines efforts made by US lawmakers, who sent letters to Mr Malami about releasing Sowore.

“The false publication also undermines the role played by the US Government through the State Department.

“I can state authoritatively that Governor Kayode Fayemi did not play any role in securing the release of Sowore.

“I wrote a follow-up email letter to Mr Fayemi, he ignored it as well.

“Abba Kyari and Malami are two of the people responsible for Sowore’s detention. It is silly for any media organisation in Nigeria to credit the same people who inflicted pain and suffering on Sowore when they refused to obey the two court orders calling for his release.

“Hadi Sirika is a Buhari apologist, he did not play any role in securing Omoyele Sowore’s release.”

Sanwo-Olu Opens Up On Pension For Tinubu, Fashola

NANS Vows To Stand With Makinde All The Way