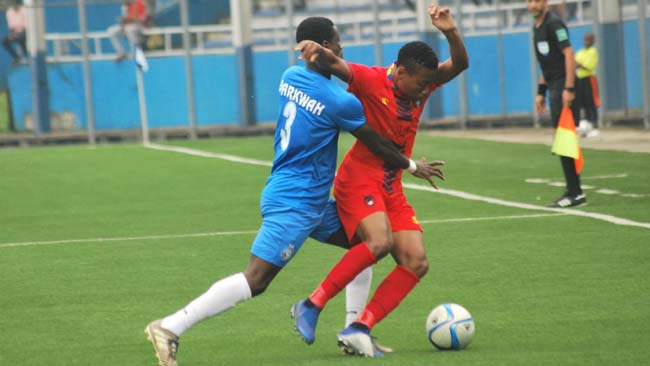 Enyimba International Football Club of Aba on Sunday fell to a lone goal defeat against Algerian side Paradou AC in their CAF Confederation Cup Group D tie at the Stade Mustapha Tchaker, Blida.

The News Agency of Nigeria (NAN) reports that Abdelkader Ghorab netted the winning goal for the home team in the 64th minute.

It was Enyimba’s second defeat in the group following their 2-0 loss on Matchday One to Morocco’s Hassania Agadir.

In the other Group D game, San- Pedro of Cote d’l voire were held to a 1-1 draw at home by Hassania Agadir.

Hassania Agadir top the table with seven points, while Paradou are second with four points.

Meanwhile, Rangers International FC of Enugu held their hosts Nouadibou of Mauritania to a 0-0 draw in a Group A encounter at Stade Cheikha Ould Boïdiya.

NAN also reports that Rangers had lost their opening two games in the group to Al Masry and Pyramids of Egypt.

In the other Group A encounter, Pyramids of Egypt defeated Al Masry 2-1 to go to the top of the group with nine points, while Al Masry are second with six points.

Rangers and Nouadhibou are third and fourth respectively with a point each.