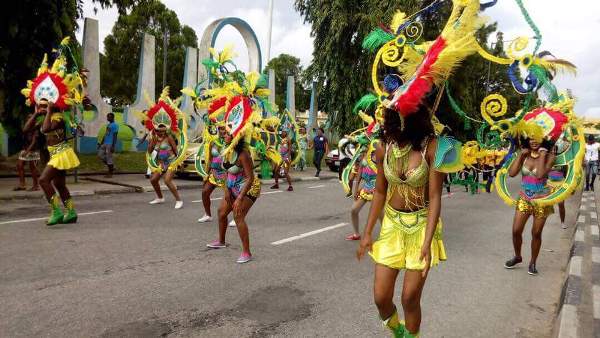 Mr. Gabe Onah, Chairman, Carnival Calabar Commission on Monday said that the carnival had been listed 4th amongst carnivals across the globe.

He said that the commission received documentation to that effect recently, adding that this attested to the fact that, the carnival had gained huge momentum and recognition over the years.

“Four weeks ago, we received documentation as carnival Calabar was being listed as number four carnival among carnivals across the world.

“This is a remarkable success for us because this has translated to the fact that it is the first carnival in the whole of West Africa,” he said.

Onah attributed the successes recorded so far to Gov. Ben Ayade’s contributions to the improvement of the carnival since he emerged the Governor.

He said Ayade had renewed the carnival’s patent to a registered trademark.

According to him, the governor also introduces other programmes into the carnival to engage the public like the bikers parade, children carnival and more.

“We appreciate the Governor of the state for impacting positively on the carnival through his brilliant innovative ideas,” he said.

The Chairman of the commission, announced Passion Four and Freedom Band, the joint winners of 2019 Carnival Calabar, as the first position, Seagull band 2nd, while Bayside band and Master blaster emerged 3rd and 4th respectively.

“The most creative and authentic band goes to Passion 4,

“The most improved band of the year goes to Freedom band while Passion 4 gets the most creative and authentic band, likewise the best costume design- and best-decorated truck.