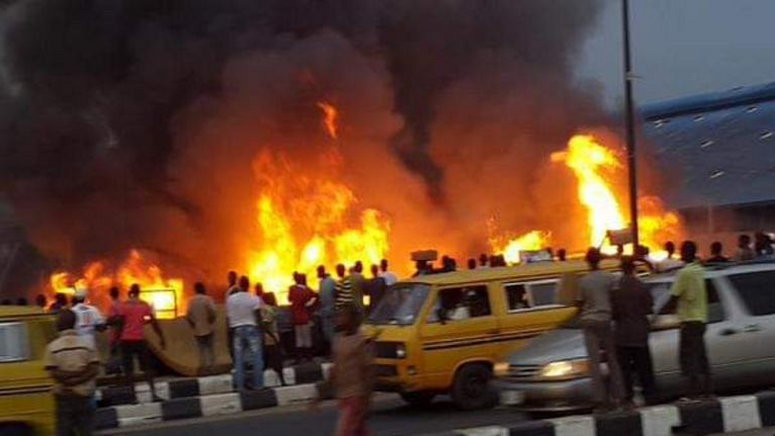 Two persons have reportedly lost their lives and over 10 houses gutted fire as a result of the pipeline fire explosion at Abule-Egba area in Lagos State, on Sunday evening.

It was gathered that pipelines belonging to Nigerian National Petroleum Corporation (NNPC) was vandalized by vandals,  resulting to the fire incident.

The fire incident started started around Ile-Epo bus stop was said to have spread to Abule-Egba and Ekoro Road.

The raging fire has displaced several residents who left  their homes for fear of being caught up in the  inferno while those living afar were keeping vigil and ready to flee should the fire reach their areas.

Reacting to the development, the Lagos State Government through the Commissioner for Information and Strategy, Mr. Gbenga Omotoso, said: “A pipeline fire has been reported at Abule-Egba. LASEMA and other security/emergency agencies have activated its machinery to fight the fire.”

Two bodies bodies have been recovered by LASEMA.

“LASEMA, Lagos fire service are responding and on top of the situation,” he said earlier.

Oke-Osanyintolu, however, confirmed that two adult male were burnt to death, with 11 trucks and seven houses razed in the raging fire.