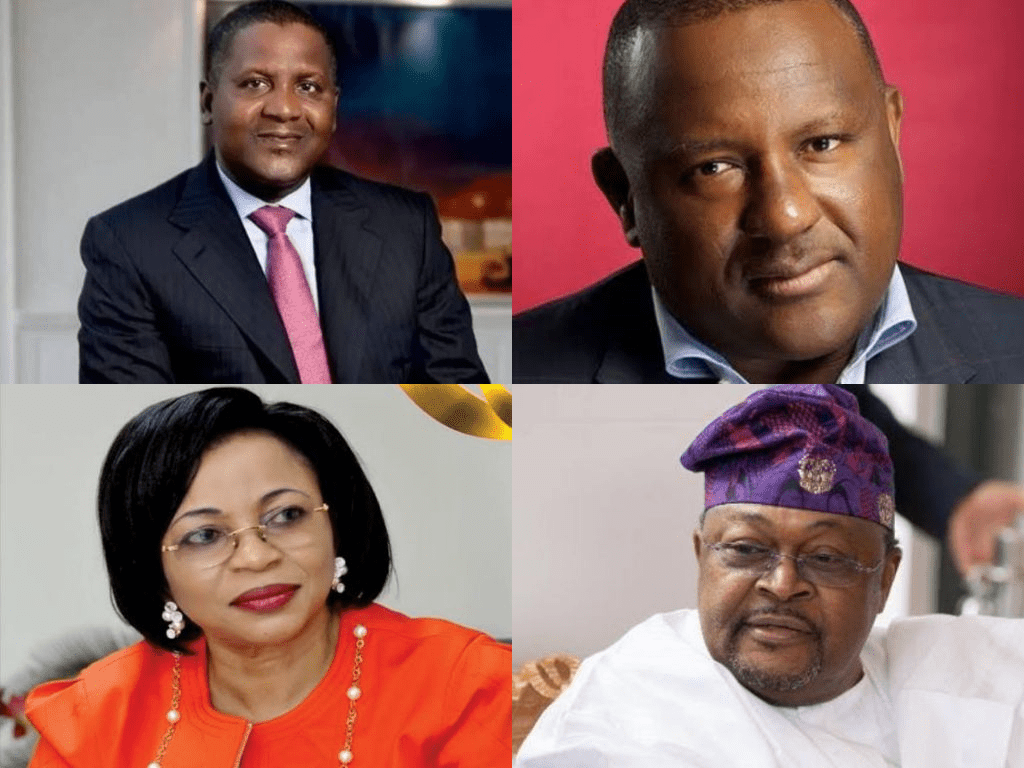 Four Nigerians have made the annual exclusive Forbes billionaires ranking list recently released with all but one of them, however, seeing their fortunes decrease.

Amongst the four, Aliko Dangote, President of Dangote Group retained his spot as the World’s richest black person with a fortune of USD10.1 billion.

Folorunsho Alakija of Famfa Oil completes the list of Forbes billionaires from Nigeria with a fortune of USD1bn dollars coming in at #20 in Africa.

Of the four Nigerians on this year’s Forbes list, only BUA’s Abdul Samad Rabiu saw an increase in his fortunes from the previous year. Abdul Samad in January merged his Obu Cement Company with the publicly listed Cement Company of Northern Nigeria (CCNN) where he had controlling shares.

The new entity listed as BUA Cement Plc on the Nigeria Stock Exchange became the third largest entity on the exchange with N1.18 trillion market capitalization.

According to Forbes, only eight of Africa’s 54 nations have billionaires in the list of Global billionaires. Egypt and South Africa are tied with five billionaires each, Nigeria four; Morocco has two, while Zimbabwe and Tanzania have one billionaire each. In the list, Africa’s 20 wealthiest people are richer in 2019 than 2018 with combined worth at $73.4 billion.

The magazine said the list was generated after the net worth of the billionaires were calculated using stock prices and currency exchange rates from the close of business on Friday, January 10, 2020.

“To value privately-held businesses, we couple estimates of revenues or profits with prevailing price-to-sales or price-to-earnings ratios for similar public companies. Some list members grow richer or poorer within weeks or days of our measurement date.” Forbes statement further added. The current list shows that Nassef Sawiris of Egypt’s came second in Africa withhis fortunes rising to 8billion dollars from $6.3billion.