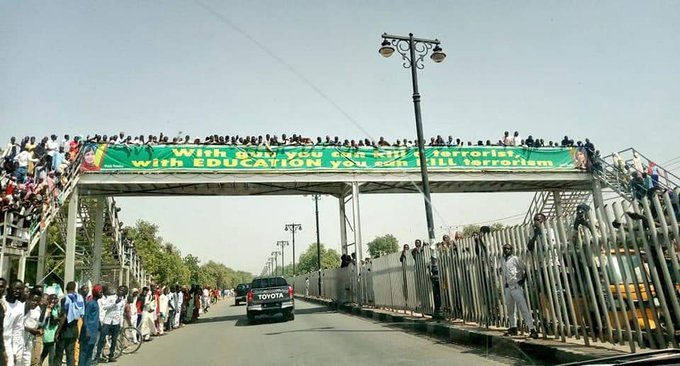 Senior Special Assistant to the President on Media and Publicity, Garba Shehu on Thursday accused the opposition of paying miscreants to boo the presidential motorcade in Maiduguri, the Borno State capital.

President Muhammadu Buhari was on Wednesday booed during his condolence visit to the state over the killing of over 30 travellers.

Garba said this in an interview with the Hausa Service of the BBC, monitored in Abuja, on Thursday.

Garba said, “I was part of the delegation that entered Maiduguri right from the Airport to the Palace of the Shehu of Borno. The people came out to say thank you and welcome us.

“But there was a group which came out shouting ‘we don’t want’.”

He said, maybe “some politicians gathered some miscreants and paid them money to boo Buhari.”

He, however, did not name the politicians he had in mind.

The Presidential aide stated that the administration has demonstrated the capacity to fight Boko Haram and he has promised to change strategy in dealing with what he described as a new problem.

Why Buhari Was Booed – PDP