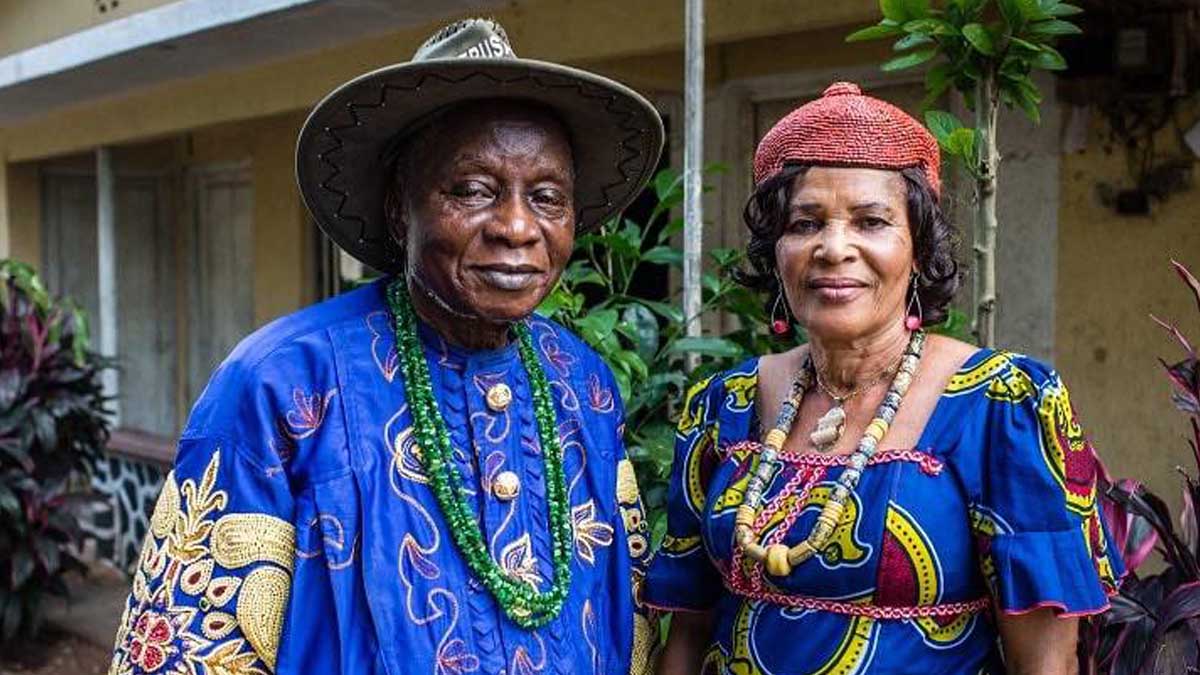 The remains of Eze Israel Kanu and his wife, Salome, both parents of Nnamdi Kanu, the Leader of the proscribed Indigenous People of Biafra (IPOB), were on Friday laid to rest in their country home at Isiama Afaraukwu, Umuahia.

Quoting from Ecclesiastes 9:5-6: “The living know that they would die,” Ibeabuchi said that death would surely come at the appointed time.

He admonished the living to be ready for the judgment day, saying that what is more important to God is the sole of man.

The cleric urged everyone to toe the path of David, who asked God to help him to number his days on earth.

“Now is the time to amend our relationship with God,” he said, adding, “The question is how will I face my saviour – is it as a sinner or friend?”

In his funeral oration, Mr Kingsley Kanu, said that his parents’ union in life as in death was ordained to usher in an era of freedom to the Igbo race, the entire black Africa and beyond.

Sen. Enyinnaya Abaribe, representing Abia South Senatorial District, said that death would not be able to kill the good name of the couple.

Other dignitaries at the service included the former governor of Anambra, Mr Peter Obi, Sen. Victor Umeh and Chief Tony Kasanya, a chieftain of the Peoples Democratic Party in Abia,  among others.

Also present to pay their last respect to the decessed couple were traditional and religious leaders from across the South-East and beyond, including adherents of Judaism and suspected members of the proscribed IPOB.

News Agency of Nigeria (NAN) reports that the burial, which was attended by a large crowd of sympathisers, was generally peaceful, contrary to the fear it generated in Umuahia and its environs of a possible police/IPOB clash.

Operatives of the police and Nigeria Security and Civil Defence Corps were on ground in their numbers to provide security.

News Agency of Nigeria (NAN) reports that while Kanu’s mother died in August, his father died in December 2019.