How Oshiomhole Made Us Lose Bayelsa - APC Chieftain 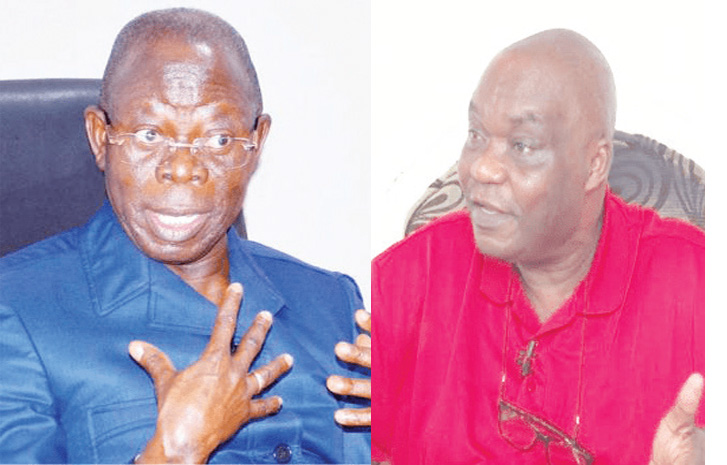 A Chieftain of the All Progressives Congress, Chief Charles Idahosa, has blamed the party’s leadership for the loss of Bayelsa.

In an interview with Daily Independent, the former Commissioner for Information in Edo state said, “I warned about this development some few weeks ago. I said that Oshiomhole is doing more harm than good for APC. I said he is too combative and a troublemaker who thinks he knows more than everybody. This is not Labour movement, this is politics.

“His recklessness is what is leading APC into this problem that is happening now. Why must we win elections and then lose it to the opposition? We lost Zamfara, Rivers and now Bayelsa through carelessness.

He said the party leaders failed to carry due diligence on the deputy governorship candidate of APC in Bayelsa.

“But because he was brought by Minister of State for Petroleum Resources, anything goes. The party leadership led by Oshiomhole failed to do due diligence and background checks. Prof . Itse Sagay attacked him for being too troublesome and that his actions will kill the party but he blackmailed the old man saying he (Sagay) asked him to contest for presidency so as to present him in bad light to Buhari.

“Sagay had to say he asked him to contest against former president Olusegun Obasanjo in 2003 and not against President Buhari. Now we have lost Bayelsa, if they like let them gamble with Edo. We are waiting for them.”